Native Cuisine: A Story of Oppression 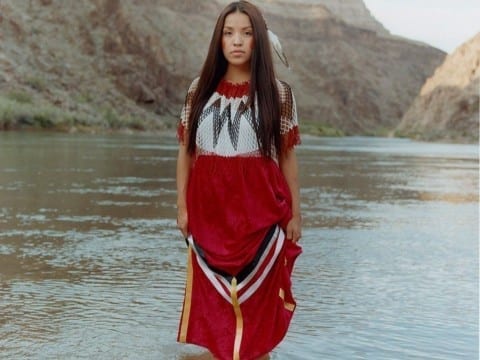 Cuisine may be essential to assimilation and acceptance for immigrants within American society, but what is its significance for the indigenous peoples who inhabited the land long before European contact? Ironically, Americans know little to nothing about indigenous cuisine, mostly due to the lack of native education within the school system. Although it seems strange that the first cuisine of the Americas, native food, has little recognition in the modern day, its low cultural significance reflects the oppression of the tribes by Europeans.

Historically, the native peoples have been forcibly displaced, entirely uprooted from their communities and transferred to foreign land with different vegetation and wildlife than their motherland. In addition, deforestation and over hunting by white men has destroyed the natural landscape of the Americas, causing near extinction for the animals and foraged goods that natives relied on for survival. As a result, many traditional foods have been lost as tribes lost their access to the original ingredients necessary to their cuisine (DeRuy).

Thus, as Native land was seized by the unchecked greed of Englishmen, Native cuisine likewise suffered. When forced onto reservations, tribes had to cultivate the unforgiving soil. American ambition and entitlement led to the encroachment onto native territory, with settlers claiming the rivers on established reservations. Without access to a stable water source, native agriculture suffered greatly, and the indigenous peoples were pushed further into a subsistent state that didn’t allow the luxury for culinary experimentation. The United States government did provide basic rations to reservation such as wheat flour, salt, sugar, and lard. From these four ingredients, Natives created “fry bread,” probably the most well known Native food. However, fry bread is greatly contested among the native community because it arose from government interference and is subsequently known as an “oppression food.”

Not only were Natives stripped of their land and threatened by genocide, Americans attempted to erase their entire history and culture. Beginning with the advent of North American missionaries, Europeans tried to convert Natives to their own religious system, hijacking the spiritual practices that are paramount to Native life. Next came western education of Natives, where tribal languages began to disappear (“Native Identity, Oppression, and Resistance”). Most notoriously, the removal of Native children through forced adoptions in the 1960s heralded a time of many lost cultural traditions as the Native population decreased by almost a third (“Native Americans Recall Era of Forced Adoptions”). .

Despite the immense oppression and silencing of the Native tribes, the indigenous peoples are incredibly resilient. Their circumstances have caused them to suffer greatly, yet they have clung to their religion and their identity (“Native Identity, Oppression, and Resistance”). Now, they “need to find a way to spread their ideals while avoiding the loss of their identities to self interested new agers” (Danovich).  Cuisine offers an opportunity for Natives to educate others about their culture, since the government has failed time and time again to raise recognition and awareness. Although indigenous culinary practices were upended, Natives have managed to preserve some of their cuisine through oral tradition. According to Native restaurant owners, the “only real barrier may just be the fact that few people have heard of it” (Danovich).

Surprisingly, Natives of pure blood account for 0.9% of the United States population with 2.9 million people. In contrast, there are only 2.4 million Chinese Americans, which is strange considering how popular Chinese food is in the US. There are even fast food chains such as Panda Express that make Chinese food cheap and readily available. Seeing how there is a larger Native population in the US than Chinese yet more Chinese influence in mainstream society, it is evident how to this day, Natives have still not been given the respect and acceptance that they deserve. Many reservations still struggle financially as they receive little assistance from the government and low awareness from the public. As a result, most natives cannot afford to risk the financial uncertainty of the restaurant industry, with very few Native cuisine restaurants in America today. Thus, it is imperative that United States citizens support the existing Native restaurants and approach native foods with an open mind in order to support the indigenous communities. The rise of Native food in mainstream US society can herald in an age of appreciation for the people who formed the backbone of this nation.

I appreciate your post because it is important to recognize that there are effects to colonization that ultimately lead indigenous peoples to feel stripped of their cultural identity, and cuisine can certainly champion the representation of one’s identity. As I read in your post, it is disheartening to hear that the government has done so little to help indigenous peoples with upholding their food needs to ensure that their cultural heritage is protected.

Your comparison between the fast food chain’s failure to represent Native cuisine, but ability to represent Chinese American’s cuisine through Panda Express is interesting to me, as you demonstrate that Natives represent a larger percentage of the United States’ population. I, too wrote about the United States’ relationship with food, and unfortunately, I, too found poor trends in how we handle the important role that cuisine has on our life. I appreciate that you raised awareness about the cultural issues that our country has with cuisine, as I wrote about the health issues that our country has with cuisine.

I look forward to what you will write next, as you shed light into fundamentally crucial cultural issues that our country has faced and will continue to face.