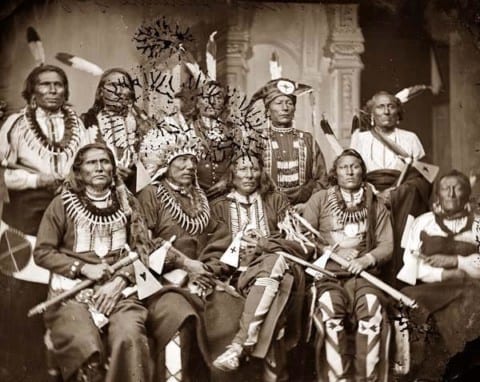 Native Americans have been known stereotyped nowadays to have mental health issues such as PTSD or bipolar disorder. The idea behind this is that after having their land and livelihood stolen from them they resorted to alcoholism and substance abuse. I chose to research this topic because I feel that it is important to hear from the people who have been disenfranchised and know the humiliation behind total defeat in their former terrtitories. The Native americans where put in reservation camps as a way for them to be segregated from the rest of society. These issues with the Native community in turn caused a sense of superiority and comfort beyond those walls of the internment camps to the white people outside of them.

For Natives with mental health issues and other such problems there has been an increase of support going towards these people, However it is not enough. According to the article Historical Trauma: The Confluence of Mental Health and History in Native American Communities by Brady Hummel “It’s estimated that up to 70 percent of Native Americans will suffer some sort of mental disorder during their lifetimes.” For a person looking to learn more about this topic or someone who is willing to help the problems these people face they just need to know that these people are not crazy or in need of being put in an insane asylum they are people who are coping with trauma they have been through in their lives.

I would like to have done more research on pure statistics of the overall health of the Native community. For example looking at statistics from a health clinic or hospitals across the country. I would find it necessary to have actual statistics on hand when arguing for a change in the treatment given to disenfranchised people. Having statistics from a medical facility outweighs statistics you read off of an article you find online which can be outright incorrect or inaccurate.