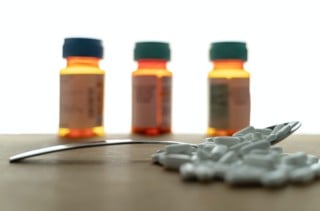 Source 2 lists many ways that substance abuse can be controlled a little more “Healthy and secure relationship between parent and child, Perceived parental disapproval of substance use, Parental monitoring and encouragement, Living in a two-parent home, Religious belief, Higher levels of engagement in school, Access to good healthcare, Bicultural competence, Participation in hobbies/activities, Ability to handle oneself effectively in social situations” In order to stop this horrible cycle that’s being passed down family members, they need to learn the horrible consequences that comes with substance abuse. Because of this violent cycle the youth is being more affected by this like source 3 states “A survey comparing drug use among Native American youth living on or near reservations to a national sample of American youth found that Native American youth report substantially higher use of alcohol, marijuana, cigarettes, and other illicit drugs.”

After learning about this topic I want to learn more about any other issue the Native American or any other minority group might be facing and what the solution might be.

This was really interesting to see. It might be worth while to research the influence of certain substances, especially hallucinogens, and their influence in various native cultures and spiritual practices/beliefs. It’s important to know what might be responsible for some of these issues with substance abuse and if the word “abuse” is even fairly assigned.

I knew that minority communities have historically struggled with substance abuse, but I had never realized how bad it was in the native community. Do you know why that is? I am aware that Indigenous people in the U.S and Canada face unique issues such as the problems with reservations, environmentally and otherwise, as well as the missing native women. Do you think that this contributes to the problem?

I had never known that the substance abuse was much higher for any ethnic group let alone that group be Native Americans. This is a really interesting topic to read about and the solutions you talk about really could go towards every person and kid.

Although this seems like an issue that has been going on for some time, is it possible that the higher rates of substance abuse could also be due in part not only in other conditions, but also these somewhat depressing times. Nonetheless I hope more can be done to help minimize the negative effects that come from substance abuse in these communities.

Hey Blen!
Thank you for sharing what you found in those articles. I think it’s very important to discuss this issue without shaming those who are addicted to substances. The best thing to focus on is how we can prevent addiction, and ways to help people recover. It wasn’t until recently when I learned that the Native American population has the highest rate of substance abuse than any other minority group. Thank you again for discussing a topic that needs to be brought up more .

I thought this was a great post, shining a light on something that needs to be discussed. I learned a lot about native americans abusing substances. I hope something will get done about this!