My Understanding of Shakespeare’s Language

Home My Understanding of Shakespeare’s Language 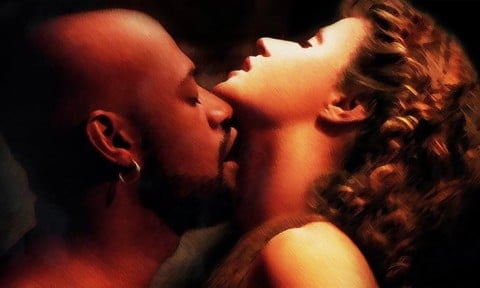 Bianca plays the role of Cassio’s lover and is portrayed as the “prostitute” in Othello. Shakespeare uses 3 ways to show his perspective on women and one of his ways is the role of Bianca. He also uses Emilia and Desdemona who plays a role in the Othello as well. He uses these 3 female characters as a way of showing types of women in this world:

But one thing they all have in common is being accused of something they did not do by men. And that is how Shakespeare shows part of his view on men itself. So in this scene, Iago accuses Bianca for having a take on Cassio’s attack. He tries to pinpoint it on Bianca thinking, since she’s a “whore”, who would care for her or believe her for she is nothing. Saying she is “the fruit of whoring.” (V.II.128) Then Emilia, Iago’s wife, follows up with the name calling and also calls Bianca a “strumpet” (V.II.133) meaning “whore”. Unlike Emilia herself and Desdemona, the ironic part about Bianca’s character was that she stood up for herself when being called a “whore” when her role is “being one”. Her response to Emilia, “I am no strumpet” shows how instead of having Desdemona or Emilia, especially, stand up for themselves when being called a “whore” by their husbands, Shakespeare uses Bianca. He chooses the prostitute to defend herself instead of having the “faithful” or “trapped” women, let alone married, play that part. And so Bianca, being the firm women she is, compared herself to Emilia. Saying that, “but of life as honest as you” meaning that she is just like any other women including Emilia herself. Even though she appears to only wanting love, sex, and money, the inner her shows that she is still a woman. A woman who still has feelings and emotions. She says, “you that thus abuse me” referring to Emilia that her accusations and aggressive tone towards her, “abuse” the fact that she is a woman. Which is what she is trying to prove to Emilia. Bianca is trying to say that no matter what label anyone puts on her, she will not take being a “strumpet” one of them. Because, like she said, she is not a whore nor will she let someone call her that. Saying she is defined as a virtuous woman. By her saying all of these things about herself, it shows how much self esteem she has as a woman and what her standards are. Despite what she do and how she acts, she still manage to stand strong on her own. And that speaks as a woman. Not saying that women have to sell their bodies and sleep with other men to be able to stand, but implying that women can be a strong independent person. And with all the stereotypes and prejudice of a women especially in this period of time, has made women grow stronger and become a more powerful female figure. Fighting for women’s rights, being able to stand up to something important as that proves a woman’s integrity. Having an organized Women’s March this year, 2017, sends the message that we matter and that we are important. Till this day, women are still progressing and manages to still stand on their own two feet.

This quote is from the speech Othello was saying before he attempted murder. Othello kept telling himself that he needs to kill his Desdemona. His love needs to die because if she doesn’t “she’ll betray more men.” (V.II.6) Othello reminds himself of Desdemona’s beauty and betrayal. Which comes to think of it, maybe he only loved Desdemona for her beauty. For her appearance because throughout the play, Othello only defines his wife of her complexion. If Othello would had loved her for her honesty, passion, faithfulness, he would believe her when she said she did not cheat on him. Othello ends his speech with a comparison between him and God. He says, “… this sorrow’s heavenly”, referring to the heavens, to God. Before Othello kills Desdemona, he brings in God, which is ironic because he is about to commit sin. Then he continues what he says and said, “It strikes where it doth love.” When Othello says “strikes” it symbolizes sword, nails, chains, punishment. “Where it doth love” meaning for who he loved, the ones he care for, the ones that completes him. Othello compares what his actions with God’s. Saying that for God so loved the world and his people, he punishes those he love for He loves them. Othello loves Desdemona very much that he “strikes” her due to her sins she has committed for “where it doth love.”