My questions on “Changes” by Tupac Shakur

Home My questions on “Changes” by Tupac Shakur 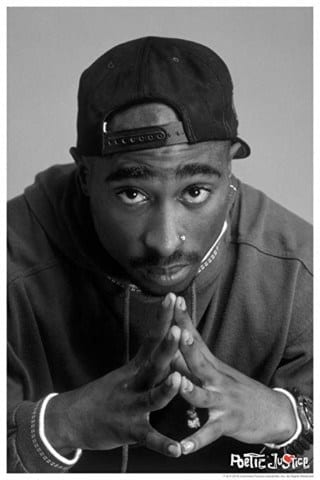 My main question for this poem is Do you believe that it’s possible to change poverty and racism? .The 5th line of the first stanza of “Changes” by Tupac Shakur shows that the majority of minorities have multiple things to deal with, such as racism, which could branch out into different problems. It feels like this is the main meaning behind the entire poem since this problem seems to branch into other thing due to the fact that minorities at the time had to steal in order to survive.  He writes, “is life worth living should i blast myself?”. why is he blaming himself? A lot of people have problems these days but what is he going through and how serious is it?”. this poem answers the question by showing how hard the life of a minorities might have been at the time.

This poem makes me wonder how bad were the levels of poverty and racism were at the time that this poem was released, and it also makes me wonder if someone or some group will ever be able to make a change to either of the two problems.

This poem answers that question because shakur constantly talks about cops killing minorities, children being on welfare and . One thing that leads me to that conclusion is when he says “cops give a damn about a negro”, this line shows the problems between cops and minorities. Also the ideas that had been changed by this poem was the fact that minorities on welfare were not the biggest issue at the time.

do you think its more than just racism?

Dear Tyler,
I really enjoyed your analysis and your question really got me thinking. I think that it is possible to diminish racism and poverty but we will never be able to weed out all racism because it is to deeply root in our nation’s culture and history. The song “Changes” by Tupac Shakur talks about how the police interact with minorities and how they mistreat them. He says in one line, “cops give a damn about a negro” and a feel like even though this nation has made so much social progress, there is still a lot of brutality and mistreatment of minorities by the police. Most times the police aren’t held accountable for their actions because they some slick excuse that clears them of any responsibility like saying that they feared for their life even though they might be 6’3 and a hundred eighty pounds and they tase a twelve-year-old approaching them. I feel like Tupac did a really good job of giving people a look inside the lives of minorities living in poverty.