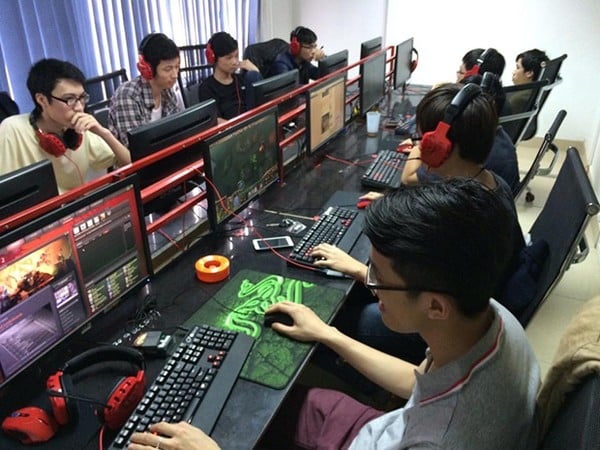 My Stupid Best Friend
My best friend is Huy. About his looks, they’re a little bit weird. Although his mom and younger siblings have clean white skin, I don’t know why it looks like he was burned by the sun, and so do his father and older brother. My friends and I usually joke about that, it’s pretty funny. And let’s talk about his personality, I could say he is quite smart. He is good at physics and math (I don’t know about chemistry). And the thing that we have in common is our height. We are both short.
I met him when we were in 4th grade, and we were in the same class until 9th grade. We went to different high schools. In Viet Nam, we have to take 3 exams ( Math, Literature, and English) to go to high school; the highest point is 30 ; take the point and pick the school. Because he wasn’t good at literature, he didn’t believe that he could get into a better school. So he went to the school near my house ( about 200 meters from my house actually) called Nguyen Thai Binh High (about 20.5 pts).

It’s not a bad school in general, about normal range; my brother and a lot of my friends went there. I used to want to go there but somehow, I got more ambitious. And I went to Nguyen Du High with a higher score (23.5).

We are best friends because we always go together everywhere in Ho Chi Minh City aka Sai Gon. The first time was in 4th grade, and we got punished by our teacher :). The furthest place we went was 12km from our house. We also have a group, which has my other friends too, and we all are close. We usually go to the place called Net to play games. It’s fun because sometimes we blame each other and use bad words, it’s not a good thing but we have fun after the long school day.
Now that I live in Brooklyn, despite our distance, we still text each other. We have played with each other since he rode a bicycle and I didn’t have any vehicle until he got a Vespa from his dad and I got an electric bicycle ( it’s pretty fast, about 45km/h). And these are some short descriptions of my friend Huy.

By the way, you know, order yourself a good quality cup lids, you cafe at a nice price so that it does not hit your cafe budget you can now easily. I even know where you can order it at a pretty good price. So all you have to do now is to go to this site https://mcdonaldpaper.com/disposable-drinkware/lids/ , that is where you have the coolest opportunity to make this order. And, as it seems to me, it is here that you can order the best cup lids. Really easy and without much trouble.