My Question About “Changes” By Tupac Shakur

Home My Question About “Changes” By Tupac Shakur 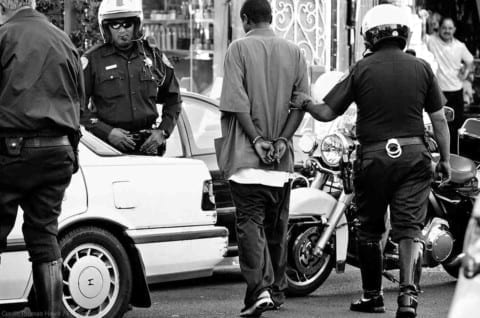 The big question is why is there police brutality? The poem answers this question by saying, “pull a trigger kill a nigga he’s a hero” The hero in that stanza means the police. Another example Tupac gives the reader in the 11th stanza where he says “the penitentiary’s packed, and it’s filled with blacks.” When I first read this poem I thought it was only about police brutality but after reading it over and over there is more. For example, I learned about Huey Newton, who is mentioned in the 3rd stanza. According to the African American Registry, Huey was a young rebel he was affiliated with a gang and running the streets. In 1966 he and his friends started an activist organization called the Black Panthers. The Black Panthers believed that black people should arm themselves and that’s what Tupac is saying when he says, “As long as I stay black I gotta stay strapped.” Another thing I notice is that Tupac talks about black on black crime. When he says, “but now i’m back with the blacks givin it back to you,” Tupac is basically saying that now black people are killing or fighting with black people.

Dear Erald,
I am intrigued by your post because I have done the same analysis on “Changes”. I want to see what you think about the poem/song.
One thing you said that stands out for me is: “The Black Panthers believed that black people should arm themselves…” I think this is interesting because Tupac mentions Huey’s death when he tried to use violence to gain equal rights.
Your post reminds me of the violence and racism today. It seems that police brutality is dying down, but it is still going on. Black people still haven’t had their rights equal to white people.
Thanks for your post. I look forward to seeing what you write next because your ideas are interesting.