My POV Of First Twilight Book 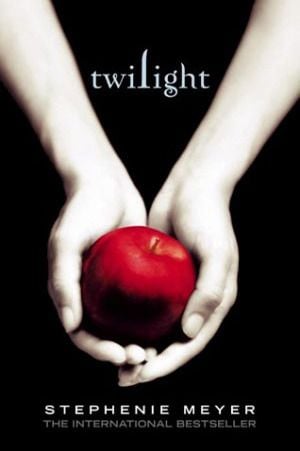 Recently, I read Twilight, by Stephanie Meyer. I appreciated the allure of darkness, kind of like the “light meets the dark”, “sun and moon” or an “eclipse” this book portrays, I say this because of the mystery vibe and the hidden adventures/journeys our protagonist soon comes to face.
The protagonist in this book is Bella Swan. Her story is set on October 5, 2005 in the town of Forks, Washington, specifically at Forks high school, The Cullens home, the forest, mountains, and a little mention of Phoenix, Arizona, where Bella grew up. The significance of Forks, Washington setting is that the town hardly ever sees light, It’s always gloomy. Either raining or dark clouds covering the sky making the sun hardly ever seen, and anything that might live in secret so much easier to hide. The significance of the setting shifting from Phoenix, Arizona to Forks, Washington is that Bella starts “a new life”. She moves back in with her dad to a place where she fears she’ll become an outcast, being that everyone who has lived in Forks has lived there, their whole life. And grown up there. But through that fear Bella moving to Forks becomes the best thing that has ever happened to her. Why? Edward Cullen.
Bella faces certain forces and pressures. When she meets Edward Cullen, A 109-year-old vampire who has given up on anything love until he meets her.
Bella and Edward have locked eyes on one another before but it isn’t until after Bella is about to be hit by a swerving van that Edward saves her with his bare hands. For Them to be acquainted officially, (Even if Edward doesn’t want to.) She questions everything, How? Why? And When? Edward was able to save her, being that he was all the way across the parking lot (she was standing in) from her and where the soon to be accident would happen. Making it physically impossible for a “human” to get to her that fast. But it is not until she meets Jacob Black, “a local boy from the Quileute tribe”, That she finds out Edward and his family are “said to be” vampires, who consume only animal blood.
She tries to deny it as much as she can but between her recurring nightmares, Comparing vampire mythology to the Cullens and Edward’s strange behavior. She wonders. And when Edward is put to save Bella’s life again from men trying to harass her, all thoughts are confirmed. Edward is a vampire.
Bella learns more about his life and they eventually develop a strong attraction for one another. The forces and pressures of his lifestyle are put into view when Edward sets up a baseball game for Bella to learn more about his family, and is eventually interrupted by three rogue vampires. You can see this in the Middle of the book on page (I forgot the number.)
The tension rises when James, Victoria and Laurent (The three rogue vampires) invite themselves to the field where the game is being played and challenge the Cullens. In a rush to hide Bella they put her hair down to hide her scent. But as a gust of wind blows by, her hair is lifted and James, a human prayer that becomes obsessed with drinking an individual’s blood. Smells Bella. And it is now on the Cullens to protect her. As Edward rushes Bella in the car furiously, he is upset at himself because he couldn’t save her from this. This might leave a reader feeling Jumpy/nervous because a tracker vampire like James doesn’t give up until they feed “something dry”. Becoming a big challenge to hide Bella from him and have her included in this world at all.
The book climaxes when the Cullens come up with a plan to save Bella from James. They will have to leave town and make it believable to Bella’s father because she is no longer safe. Leading Bella and Edward to separate. She’ll drive off to Phoenix with Alice and Jasper (Edward’s brother and sister) while he stays behind, taking James off her trail.
Edward and his family put Bella’s scent all over different trees in the forest so James doesn’t know which direction she went in, but eventually James figures out he is being played and heads straight towards Bella. Edward warns his sibling that James figured out their plan and tells them to start moving again, But Bella gets an alarming call that James has captured her mother and to come alone if she ever wants to see her again. Of course Already paranoid Bella takes the offer scared of what he’ll do next and sneaks out to save her mother. Learning as she arrived, her mother was never there. He had never captured her and it was just a trick to get Bella alone. James attacks her but before he can kill her the Cullens come in and save her. Ripping James’ body apart and killing him. They find out James had already bitten Bella and in order to save her Edward must suck the vampire poison out of her. Edward starts to worry because he doesn’t know if he can drink the poison out of Bella’s blood without killing her. But eventually makes it through and cures her. Bringing her to the hospital to heal from James’s attack, and letting both her parents know she’s okay and she had just fallen down some stairs.

The falling action ultimately resolves the conflict. Once Bella and Edward have returned to Forks safely, Edward takes Bella to her school prom. He wants her to enjoy her life and not be so wrapped up around his. He wants her to live a human life. But Bella doesn’t want to. She wants Edward to bite her so she can become just like him. Edward instantly says no because he thinks being a vampire is like being a monster, it is a curse. Not something he would wish upon Bella. So we are left to wonder what lengths Bella will go through to convince Edward to turn her or if she’ll just drop it. “I will stay with you – isn’t that enough?” and she replies, “Enough for now”. It’s a Person v. Person type of conflict that’s driving this story. I say person v. person because throughout the book it was the coming together of two completely unlike lovers. Bella the shy Human and Edward the mysterious Vampire. It shows how different two people can be and how their love for one another can still bring them so close. Bella and Edward loved one another despite all of this. She was the one. The one that would change everything. Human and all.

Hi Drew,
I had really wanted to read this book and this was very detailed response. One thing that stood out to me was “She was the one. The one that would change everything. Human and all.” Because it leaves you with a good clifhanger for the other books.

You were super detailed, and were even using writing techniques like metaphors and similes. Good job!

I really appreciated how you were very detailed about this book!

Your summary of Twilight is very detailed and goes over the events of the book very well. I thought it was very interesting how you said “It’s a Person v. Person type of conflict that’s driving this story (…) because throughout the book it was the coming together of two completely unlike lovers”. While I agree that the conflict is Person versus Person, I would maybe consider that it is between different characters. Bella and Edward, despite having tension and arguments, they are still on the same side and unite against the antagonist, James.

I really enjoyed how you fleshed out why the setting is important in this story. From signaling Bella’s new life to providing a secretive and gloomy environment that is ideal for the Cullens’ family, Forks is vital to the characters of Twilight.