My opinion on Animal Testing

Home My opinion on Animal Testing 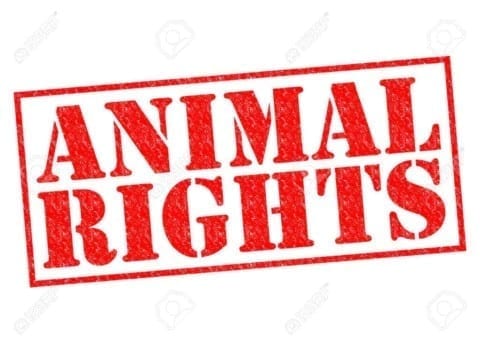 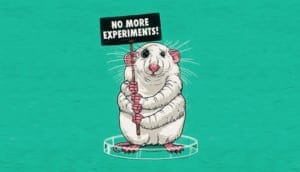 The certain animals that we should use to experiment on are animals that can reproduce quickly because that would make it difficult for the animals species to go extinct and it would also help with keeping the animals in the testing instead of having to replace the animal with a new one if you can’t get anymore of that specific animal. Another type of animal that should be tested on is animals that are somewhat similar to humans because it would give you more accurate and clear results on how you can treat a human if they ever encounter any diseases. Animals that are closer to to humans are also really helpful because they might(depending on the animal you choose) has similar traits to humans so it makes the reaction the have easier to read because you could assume it will be the same effect on humans. Another animal that might be beneficial to the testings might be bacteria but, you could take some bacteria out of humans and see what the effects of the virus on an actual humans bacteria is and it will help with the decision of the cure and how to help the humans out. Of course you would be doing all of this with consent. Also I believe actual human bacteria might help(With consenting) because it will give scientist the chance to see an accurate reaction and gives them more of a chance to test cures and see the effect without killing anyone. I also believe actual human bacteria might work because why use animals to test for human cures when you could just use humans to test for human cures.

Now moving on to the ones we shouldn’t use to experiment on are animals the take a longer time reproducing. The reason why is because it will slow the testing process down if you have to wait a year for a shark to give birth again if that’s your test subject or even wait a year for a horse to give birth to its one foal. Also if you choose an elephant it would take around 2 full years for it to give birth and knowing scientist I believe they will get very impatient trying to wait for them to give birth so you can continue your testing. Another type of animal you shouldn’t test on is animals who you know are on the merge of going extinct because that just shows that you are a person who chooses your job over animal life which is wrong because you might not know if an animal you are esting on is the last of its kind and you could possibly be killing the last bred monkey or mouse. So I would just say be aware of the animals you’re using for the testing. I also say that because it will benefit the animals if you allow them to breed first and then possibly take them to test on if their population starts to rise. Other animals that shouldn’t be tested on are animals that have been tested on for many years. The reason being that maybe the animals don’t react to the viruses the same so every time you do the test it makes it hard to tell the reaction because you end up having so many different results. Also because maybe after all the years of testing on that animal you don’t notice that there are plenty other animals that might give you the same result, so why risk just one species of an animal. I also believe that we should make the testing units more diverse and test different species at once because you can compare the different reactions of the different species if they are being given the same virus and same antidote at the same time. Another type of animal we shouldn’t test on is animals who are young. The reason why we shouldn’t test  on young animals is because they haven’t even lived out most of their lives and I feel it’s wrong to even suggest putting them into captivity to give the viruses for our benefits. Another reason is because younger animals aren’t always fully developed so it would give you different results than testing on an older animal. Another type of animal we shouldn’t test on is an animal with a short lifespan because they already have a short life they deserve to be able to finish living their lives and even scientist can take the cells in them that still going and organs still working and use them for your testing. Also because if you don’t use animals with longer lifespans first it gives you a chance to go back to them because they might have reproduced a lot.

i love the blog

Dear Nacia,
I really like how u give two perspectives on how they should test on animals and shouldn’t because it can give the audience a little bit more to think about this situation. You give good facts and ideas to the two topics and its good to have that because the information you explain can be helpful. I also posted a blog about Animal Cruelty, if you would like to check that out. Thank you, I look forward to seeing more of your posts.

Thank you Briceida for taking the time to read and comment on my post that is very considerate and nice I really love your feedback and is you need anything feel free to ask. Also in the future look at more of my post I would really love the comments. Also feel free to ask me to leave comments on your post I read one of your posts and it was amazing.

Dear Nacia,
I really enjoy reading your post about what you believe about animal testing. I really like how you have written two different opinions of why and why not there should be animal testing. Really good at giving reasons and being clear, nice job on your post and hopefully later on I have a chance to read more of your posts!

Thank you Leslie for taking the time to read and comment on my post that is very considerate and nice I really love your feedback and is you need anything feel free to ask. Also in the future look at more of my post I would really love the comments. Also feel free to ask me to leave comments on your post I read one of your posts and it was amazing.

Dear , Nacia
Thank you for having me read your work. Your blog is very interesting and unique. It also shows how you show the animals rights.
Sincerely,
Mario Garibay-Hernandez

Thank you Mario for taking your time to read and comment on my post that is very considerate and nice I really love your feedback and is you need anything feel free to ask. Also in the future look at more of my post I would really love the comments