My Not So Secret Nickname

Home My Not So Secret Nickname 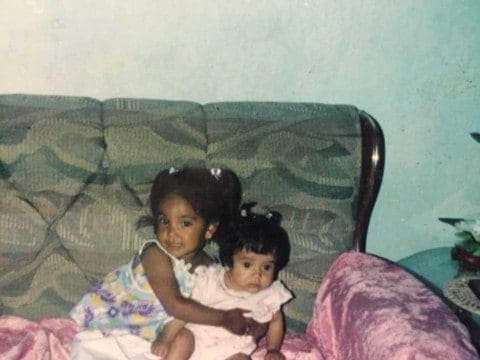 My grandma gave me the nickname Morena like a birth gift that would stay with me forever. She gave it to me when she first hold me and saw me. Since August 12, 2000 I’ve been called Morena first by my grandma and my family around then got used to that name that they decided to call me Morena. Until this day my family has been calling me that name. Morena means a lot to my family because that’s a gift from my grandma that would stay with me. They just call me Jazmin when they come to my school or I have an appointment. Some of my close friends know my nickname. My nickname is a secret that I keep and don’t like to tell that much people about it.  I don’t like telling people my nickname because it’s weird telling people, they might think my family is making fun of my skin color.

When I hear a harsh MORENA I know i’m in trouble or they need me asap. I don’t really like my name Jazmin it doesn’t have a meaning like Morena does. I won’t like people from my school calling me Morena because it won’t feel like because they are not my family or close friends to me. Morena is a family name that nobody else can use only my family. That’s a nickname that would stay in my family forever.

Jazmin, I found the story of how you came to be called Morena interesting and compelling. In a sense its a blessing that your grandma gave you a nickname, and that it stuck, because now you are reminded of her whenever your close family calls you Morena. Since you think that it could come across offensively if someone who you were not close with called you by your nickname, do you still enjoy being called Jazmin?

Thanks for sharing, and keep writing,
Reilly

Jazmin,
It is very interesting to read about the nickname that is so close to your heart because it is something from your grandma. I never had a nickname like that given to me when I was little other than an abreviation of my name. Has anyone you do not know very well called you morenita? How did you react to it if someone has? I found a website with several blog posts about nicknames and the importance of them; you might find it interesting https://blog.une.edu.au/usingpsychology/2011/02/20/the-importance-of-nicknames/

Jazmin, I love your nickname and thank you for sharing it on here! I also love your real name. It’s very pretty. The history behind your name is really interesting. My grandma and many other family members have given me many nicknames and it’s always fun to be called something special. My close friends will call me by some of those nicknames too. It’s so weird how nicknames can stick so strongly haha. I hope you continue to embrace your name and nickname!! Keep writing!

Hi Jazmin, it is interesting to know the story of your nickname. Culture as well as environment is a big and important factor. So how do you want to people call you then? Do you have a preference? I am on the opposite of your situation. Most of my friends and family members will call me by my nickname. I feel weird when people call my full name now.