My Favorite Word Is Really Tho. Really Tho, it is.

Home My Favorite Word Is Really Tho. Really Tho, it is. 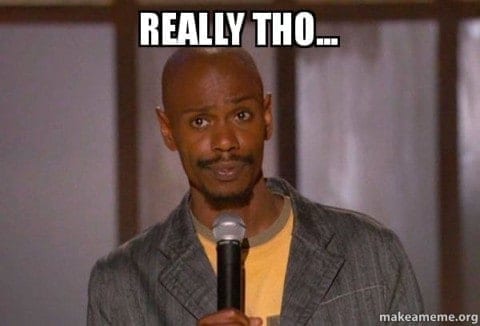 You can also it when you’re joking with someone and the joke gets serious and the person that the joke is on gets mad and threatens the other person and some else in the back can say “Really Tho”.

You can also use it at school when you have a debate in class and someone says a good fact you can say “Really Tho.” “Really Tho” is like saying “facts”, “truth”. It’s specific.

But a lot of people take the “Really Tho” phrase very seriously, like if the person that is saying “Really Tho” says it in a different type of loud sound and energy and the other person that’s being told that is going to take it seriously and it can lead to violence. But that doesn’t always happen.

If people use the phrase in a good, respectful way then there won’t be any violence. Also everyone in New York says the phrase “Really Tho” to laugh, and on serious occasions.

I know that “Really Though” is spelled like this, but you can just cut it off like this: “tho”.

Dear Yeury,
you seem like the type of person i would hang out with to joke around a lot. i find it funny because the things people from New york and people from Cali have different sayings. you use “really tho” and we say ” foreal” . its kinda cool knowing the slangs other people use even though its a litteral word, it can be used for so many things.
-Cory Escobar