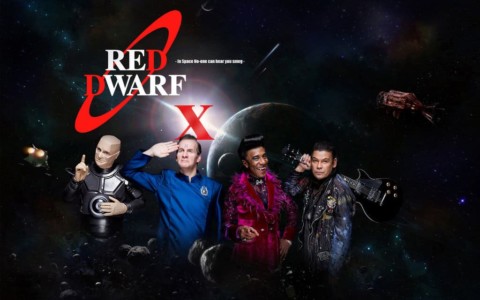 My Favorite Word was created by the creators of the British science fiction Sitcom Red Dwarf. This word is called “Smeg”. Not to be confused with the vulgar term smegma which is not the meaning of Smeg. According to the Red Dwarf wikia the word Smeg is used in place of any other forms of curse words. For example if you stubbed your toe or failed a test you would say,”Oh Smeg!” You could even shorten that line by just saying “Smeg!” This is my favorite word not because it can be used instead of swearing but because it comes from my favorite TV show and it reminds me of all the amazing and hilarious episodes I watched over and over again. It is also fun to say which adds to the humor of the show itself. One of my favorite usages of this word is in one of the episodes, one of the characters uses the word three different ways all at once by saying to another character “Smeg off you Smegging Smegger!” Now even though this is used instead of swearing does not mean my favorite words are swear words. For Example when one character in the Show which is an Android tries to break its programming it still fails to say the word and it comes out as “Smeee-heee” This is an amazing invention by the creators of Red Dwarf that made sure they weren’t actually swearing and creating a word that worked perfectly.