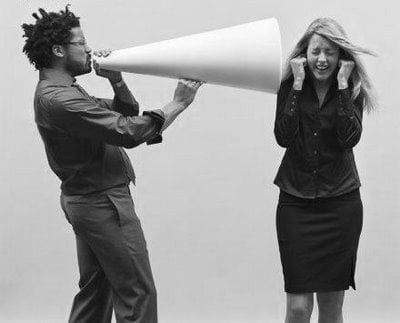 Explanation: When Shakespeare plays on the phrase “Hang her”, he says that as a way to punish Desdemona. He feels that she is being unloyal and disrespectful. Back in the days, not too long ago, blacks were punished by whites for being disrespectful and/or not following the orders that are given to them and as a punishment , they were hung. Othello wants Desdemona to get punished. He wants to reverse the way the punishments were set for people decades ago. This phrase represents chaos . The reason Othello was  focused on destroying Desdemona’s head was probably because he wants her to suffer and feel the same pain that he felt when he found out she has given away his handkerchief. Being hung relates to the theme damaged heads. The double entendre in “Hang” can point out how Othello is done with loving Desdemona and just wants to hang their love up and forget about her. But, in order to hang their love up, he has to hang her because without her around there is no love so if he hangs up the love and leaves it alone then he’ll never have to worry about her again. When Shakespeare plays on the phrase “So delicate with her needle an admirable musician… Of so high and plenteous wit and invention!”, he says that Desdemona is creative and smart. Maybe he is considering her being too smart to kill her any kind of way. The quote “Oh, she will sing the savageness out of a bear!” basically is saying that she can put a wild bear to sleep with her voice. So with her doing that, she is able to calm down Othello with her words when he is mad so it’ll be a challenge to kill her because she is too smart and creative for that to happen. Othello is too weak-minded for Desdemona, so he has to come at her a powerful way so that her words cannot distract him from killing her.

Quote: Desdemona: “Upon my knees, what doth your speech import?/ I understand a fury in your words,/ But not the words/Why, what art thou?/Your wife, my lord. Your true and loyal wife./Come, swear it, damn thyself./Lest, being like one of heaven, the devils themselves/Should fear to seize thee. Therefore be double damned,/Swear thou art honest!” (Act 4 Scene 2 , Lines 35-37, Page 86)

Explanation: The phrase “I understand a fury in your words, But not the words”  show appearance vs reality. Othello is showing anger with Desdemona by the force he gives off when he speaks but his words aren’t revealing why he is mad. In the quote “Upon my knees, what doth your speech import?”, it shows that Desdemona is desperate to figure out what is Othello mad for. She was on her knees begging to know what Othello’s problem is.The phrase “Your wife, my lord. Your true and loyal wife.” is Desdemona telling Othello that she is truthful and loyal to him and that she has absolutely nothing to hide from her husband so she is confused why he is mad at her. The chaos and the mythology in “Lest, being like one of heaven, the devils themselves” could point out that Othello believes that Desdemona has cheated and that the Gods themselves knows so when she lies on God’s name, she will be sent to hell.That shows chaos because he is verbally abusing Desdemona with hurtful words that can mess up her head. This relates to the theme damaged heads because Othello’s head is currently damaged with lies about his wife and Othello is believing the lies and is yelling at Desdemona telling her that she will go to hell. Her head is being damaged because Othello is accusing of something that hasn’t ever happened and she doesn’t understand why he thinks that she cheat so she’s struggling trying to understand why he is mad and what she can do to make things better. Shakespeare uses mythology in that quote because Othello talks about how if she keeps putting it on God, the she’ll go to hell. Hell is a myth. It isn’t real.