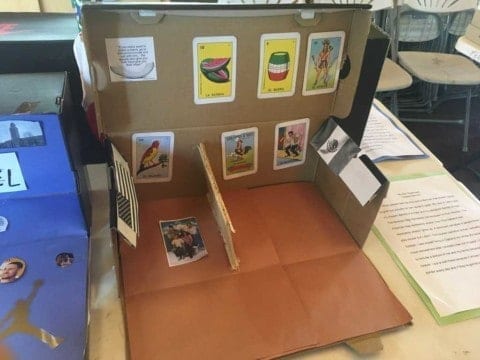 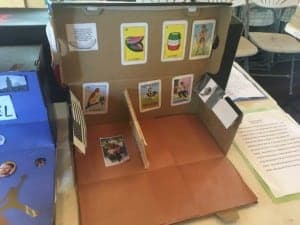 Who am I? That’s a question we should all ask ourselves. This autoethnography will have a lot of dominant narratives and counter narrative. Well first, a autoethnography is me talking about myself, explaining myself and talking about who am I. A dominant narrative is what people think of dominant narrative can be used to describe the lens in which history is told by the perspective of the dominant culture. Dominant culture is defined as the majority cultural practices of a society. Counter narrative is the truth that people don’t see. For example people think all mexicans can cook tacos. But in reality we know how to cook a variety of things and some of them aren’t mexican. I am Cesario Barrera and based on my life experience I believe being mexican, male, and my family represents me.

The first of my identity that has affected my life is being Mexican and Illegal. My race is Latino. Not having papers is like having a wrecking ball break down my family a part. I can’t see half of my family because I don’t have papers. One day, when I was seven, I woke up and remembered my grandma. I was curious for days about when I could see her. I asked my mom where’s my grandma and when can I see her a couple days later. She told me that I can’t see her and I said ¨why?¨ She told me I can’t because I’m illegal. I asked her what that meant; she told me I’m not supposed to be in America because I was born in Mexico. When she told me that it felt like she just grabbed me by the chest and pulled a part of me away and that part was my grandma. I started to cry and she told me that one day I can see her and I asked her when and she told me I don’t know but work hard in school and that day will come sooner. That day I was confused and I didn’t know what to do so I cried and my brother heard me cry and explained me why. I realized a couple of weeks later and I didn’t cry because I knew there was a chance of seeing her. Being Mexican is a big part of me because it’s pulling me back to see my family and having an education, but sometimes I’m proud of being Mexican. Some people think I can’t speak much English so they give me that accent. But I actually know English pretty good. Some people think I have a huge family but I don’t. So as you can see being mexican can affect who I am.

The second part of my identity that has affected my life is experiencing loss. Most people think kids at a young age can’t understand people dying and don’t care. Actually I understand death at a young age. Half of my family is on the other side of that wall that tells me I can’t pass. Also I haven’t seen either of my grandpas because one left and the other died in a car accident. This makes me mad at myself because I think it my fault. Sometimes I wish I was born in America but I accepted myself. One day I asked my dad how his dad died he told me in a car accident and I was a sad, but he told me that he was the most hard working person he knew and I got my name from him. So I try to keep his name alive by working difficult and trying my best. Some people would think this makes me sad, angry, depressed. But really I’m fine I’m happy because I made friends in America and they made me happy and strong.

My third identity that has affected my life is being male. My chosen identity is male. I think being male represents me the most because that is the first thing that people see. One day I was crying in a public space because of my grandma. I heard people saying that I cried like a little girl and that isn’t manly, but the thing is I get really sensitive about the people I care about and especially my grandma. My mom means the world to me and if my grandma means the world to her, then she does to me too. Also people think males can’t like pink but that’s not true I actually like the color pink and purple. Pink is my third favorite color. I’m proud of being a male because I have power and I can use that power to help people understand the struggles that females go threw.

this was very interesting to read. What you had to say about being latino and illegal made me think more about how much harder other people have to work to make it here. When you said you had to work hard in school so one day you can make it really made me think and appreciate my situation more, not that im bragging but more as in this made me more aware of other peoples current state. Thank you for sharing your story.

Thank you Ravi, reading that you understand my struggle makes me feel more hopeful and see that people can understand and read what illegals go through and I would appreciate it if you can tell me your story.

Good article, I really like all the stuff you pick and how you give the reader a sense on how is your life and how all those things impacted your life.
One comment that I have is
Being a latino and illegal is not a bad thing, I think all the people should be proud because they have this beautiful country which is Mexican and I know that we live separate from our parents or a family member. For example me I don’t have my mom with me and I know that there is too many people here in the United states without their family.
Gender is not a bad thing because it has it’s privileges and when people tells you negative stuff you can just ignore them, they have their life and you have your live. You have to work hard and show what you are able to do and deleting all those stuff because no matter what gender you are even though it’s a boy or a girl.
I am being connected with you because I have faced racism in my life but you know what I do i just ignore all the bad stuff they say and keep doing my work and at the end we can be better than all those people who are spreading racism,

Great box let me play you in that card game;)