My Best Analysis Paragraphs for Othello 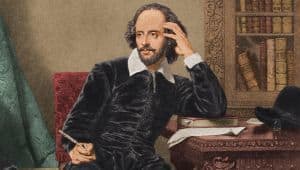 Quote:“Haply,for I am black And have not those soft parts of conversation That chamberers have,or for I am declined Into the vale of years”.(page (64)

Analysis:”Haply for I am black that” mean Othello not  proud to be black and he want to be white because he think that  his servants not showing him respect because of his skin color.every time he think of Desdemona  and  Cassio he going crazy and want to kill Cassio. Othello is the only black person in the story and he married the white wealthy person, and now all he thinks about is other people talking about his races and his wife cheated on him and about that the lie Iago told othello. His self-confidence is going down because now he care about his skin color.”Soft part of conversation”This mean that Othello is the only black leader so he have act hard and tough in front of other people so it easy for him to give out order unlike the opposite kinds of men who are vulnerable and who don’t have authority in the battlefield. “I am declined Into the Vale of years”mean that Othello getting old and he think that a really serious problem because Desdemona going to lose her interesting with him.Sometime getting older mean positive because you know more about life but in this case Othello use the word declined in a negative ways because desdemona going to lose her interesting with him.

Analysis:This meaning that to have a good reputation  for yourself is really important back then and people can tell your reputation by look at the way you act or talk.They don’t care if you steal their money,money mean nothing to them but when you steal their good name mean you take their life away. Iago is speaking, and that is ironic because he the one that telling the lie s and trying to take people reputation away. Reputation is the biggest part of this book, everything is based on your reputation. Back in Act 1, Cassio cries that everything he has worked for is gone, the respect earned is disappeared. He feels like he has become nothing more than a “bestial” thing or animal.  And him being a bestial is like no longer being a man. In Act 3, he is talking about Othello’s reputation. If Othello loses his reputation, then it is even worse for him because he is black and people already think he has no soul, is a devil. The

“every time he think of Desdemona and Cassio he going crazy and want to kill Cassio. ” what the frick is this grammar id expect this from a 4 year old