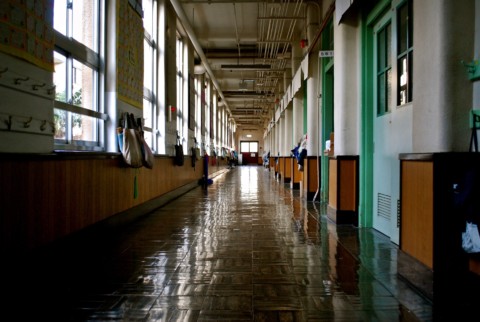 This article also goes into more detail about the specifics of how these private Christian schools don’t acknowledge the past while simultaneously keeping reminders of this racism in the school. For example, Alma Heights Christian Academy is named after a xenophobe and racist that has close ties to the Klu Klux Klan. With this constant reminder of racism at the forefront of the school, it is obvious that a change needs to be made in order to move on from the past.

The article goes on to mention a solution to fix this problem of racism in the private school system. The first step? Conversation. In order to adequately move on from the past, there first needs to be a dialogue about what happened in the past and how the current administration denounces everything the school used to stand for. Then comes the renaming of the school. The article explains, ” In November 2017, Chen took the position as head of school, with the promise that a new advisory board would pursue a name change over the next few years.”

I think this is a good start to combatting the issue of racism in private schools, and I believe the only objections people could have to this solution is the change not coming quickly enough. I would tend to agree with this statement as well. I agree dialogue is important, but I feel like the name change should be the priority. All in all, small change is better than no change at all, and I am glad there are people fighting to move on from their racist pasts.

Your synthesis of this article is very interesting and eye opening. I wasn’t aware of the racist history that so many private schools have and how this continues to have an impact today. As I’ve gone to private school my entire life, your synthesis has made me curious about this issue and how it continues to affect other private school around the country besides Alma Heights Christian Academy.
I think the way that you described the solution was powerful, and relatable to seemingly every issue. Conversation seems to be such a simple solution that so many people to not want to accept, and I think the way you portrayed it conveys that. Over the past year, deep rooted issues that, like you said, should have been adressed a long time ago are coming to surface in a more appartent way. I think conversation really is the first step toward change, as it creates education, and education creates action.
The article “Growing up in Asia taught me the importance of speaking up on social issues” discusses how we, as Americans, often take the opportunity to speak up against what we know is wrong for granted, and shows just how powerful conversation can be.
https://www.queensjournal.ca/story/2019-10-31/postscript/growing-up-in-asia-taught-me-the-importance-of-speaking-up-on-social-issues/