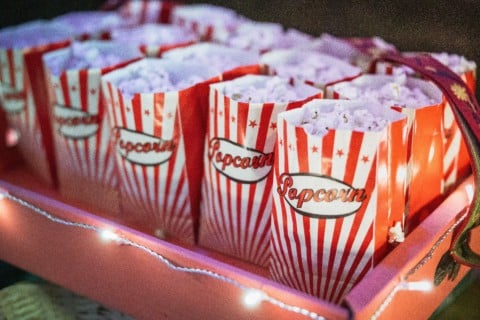 Many movie theaters have been closed for months—and the popcorn is piling up.

People have been eating plenty of the microwavable version of the snack while stuck at home during the pandemic, but theater popcorn comes from different suppliers. Those farmers now have a huge surplus on their hands, enough to fill about 80 million popcorn tubs.

The kernels have only about a year before they’ll dry out, so Preferred Popcorn, one of the largest movie theater popcorn companies, devised a creative solution: It’s selling the popcorn directly to consumers online. Now anyone who craves the popcorn they’d get at the snack counter can buy a 50-pound bag of kernels to make at home.

What’s different about this kind of popcorn? It tends to be fluffier and better at holding popular—and less healthy—toppings such as butter or cheese.

Preferred Popcorn hopes this fix will reduce the surplus so it can return to normal business when theaters finally reopen. “It would be excruciating to say we are not going to be able to contract acres with [farmers] next year,” Andrea Plucker, director of marketing for Preferred, told The Washington Post, “because we have an abundance of popcorn.”