Motivating Youth Activists To Advocate For Their Future

Home Motivating Youth Activists To Advocate For Their Future 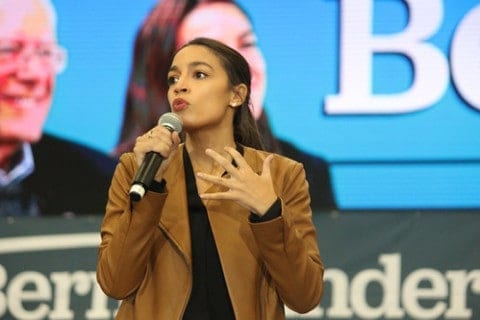 Recently I was looking at videos by young activists, and one of them is a good example of what I’m saying here. I’m especially inspired by the video by Edna Gonzalez at March for Our Lives, Washington, D.C. I live in the Bronx, and every month my community faces gun violence in schools.This one of the issues we face every day. Her brother died in gun violence and she represented all youth minorities.She wanted to honor her brother and all the people who were affected by this violence in her community. Every student should feel safe in school. This video shows how this generation is willing to show the adults what is right and make the world better. 1Basically they are badass, but in a positive way for being strong and advocating for justice.

I’ve also been learning about historical movements led by young activists. The young protesters that I find most inspiring are the ones who protested during The Vietnam War. For trying to stoped them from taking children to war and by showing them they needed instead to go to school. I think this history is a good example of something you said in your video: “The new generation care about other people” I degree with you here, because in this historical movement this youth activities care about other people too they want them to be safe and return to school. The generation before us some of them was really braved and cary.

Thanks for taking the time to read my letter. I look forward to seeing what you do or say next. Your video is very powerful we will liked to see more people like who believed in this generation and who push them to do more in the future. Having a young representant in the congress will really helped our voices heard and considered as not young immature but as a brave youth who advocated for a better future.

Precious Fatoumata,
I am so delighted by your letter to AOC “Motivating Youth Activists To Advocate For Their Future” because it really caught my attention and the way you talked about how the AOC motivates youth to fight for their rights. Most importantly when youth read this letter they will have the courage and believe that there is someone behind them and supporting them. One sentence that really stands out for me is when you said: “I think you used “badass” to describe how this generation is really not scared about accepting everyone and willing to talk about the world’s problems, compared to adults”. This makes me think that you are absolutely right and the generations now are willing to risk their lives to get what they are believing is right. The generation now is willing to talk about what’s holding people behind and try to fix it for everyone to move forward. This another sentence that I can relate to myself “I live in the Bronx, and every month my community faces gun violence in schools”. I live in the Bronx. There is gun violence every day on the news and it’s only kids who are in high school who are being killed. Their lives and dreams get destroyed just for nothing and injustice. I was watching videos on YouTube and I feel like you might be interested in watching this video https://www.youtube.com/watch?v=aCN55E-2qGo I thought you might be interested in watching this. Thank you for writing this letter. I look forward to reading what you will be doing next in “Youth Voices”.

Dear Fatoumata,
I am picking an adjective grateful to demonstrate to you my opinion that I sense when I read your letter, “AOC Makes Me Giddy!”. Your letter was too perceive for me because it was a great conception of all the issues humans are facing in real life.
One sentence you wrote that stands out for me is: “This one of the issues we face every day”. I think this is sturdy because we always mistreated by the police in the street. We could not even problem themself because they have power than us. Another sentence that I like was: “ She wanted to honor her brother and all the people who were affected by this violence in her community.” This stood out for me because it is really important to give a big shout out for those who have been killed. To advocate for them because those people who were died her brother was in so, therefore, she has to continue to fight for them and claim justice. I like to do some reading online and the thing that interested me was a book called “The Necklace”. Have you read this book? if not go read on google and I thought you might be interested in it because of the counseling this book wants to teach us.Thank you for your courage. Thanks for your writing. I look forward to seeing what you show in your next writing because I really like reading your written style and it helps me to open my mind about our society even though sometimes it is really tough for us to assume or bear everything. Yet I wonder if next time you can give us a deep conclusion? For more explanation, thank you, my dear Fatoumata.