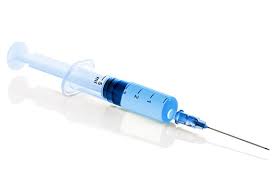 As I have began to research I started by looking at broad articles about vaccinations, then I looked at texts from both points of view. I, personally agree with vaccination. I was interested to learn and explore why other people did not, this was my next step. I started researching and gathering information about why parents were not choosing to vaccinate their children and their thought process behind it. As I read why people were against vaccinating their children I found some of the most reoccurring answers I saw were having to do with too many vaccines at once having a connection with autism and that the ingredients in the vaccinations were harmful, and would weaken the immune system down the road. After reading and researching why more people are leaning away from vaccinating I began to wonder more about if that was really a possibility. Doctors always encourage parents to vaccinate, so why are more parents starting to  think differently? As I kept reading I found that people were forming the opinion that vaccinations were not helpful, but instead harmful. I was also reading more about how autism was linked with vaccines. In an article called “What causes Autism?” Something I found very interesting was that the American Academy of Pediatrics have conducted extensive research on if vaccines and autism are linked for the last two decades. They have found the results are clear that they do not have a connection. Instead they have found each person and family has a different timeline and experience with autism diagnosis, for some it happens to be right around the time they are having their first round of vaccines. Even though my paper is not directly about autism, the wide research I was doing lead me to research more broadly and then into autism. Since that was only one article that claimed autism and vaccinations were not linked, I kept searching for more information on it. I found three credible sources, two written by doctors and another one with information from The American Academy of pediatrics again. If all this research has been conducted over this long period of time and it is coming back negative again and again. That raises the question to me, why are parents still worried about that? That I have not found an answer to quite yet. But it is something I am still looking for. I have learned so much more about vaccinations over the last few days, and all this new information from both sides has helped me to form a much better, more knowledgeable opinion about the topic of vaccination. Besides autism does anyone have any other suggestions about things I should look more in depth with regarding vaccinations?