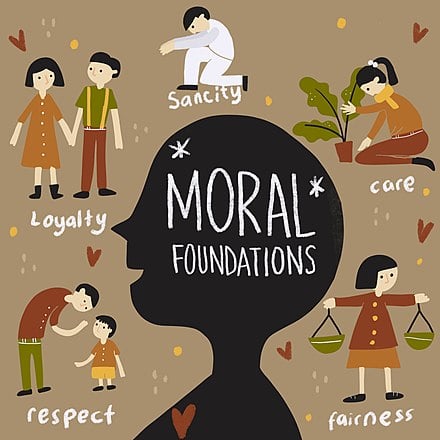 Moral development has changed the way that people have interpreted certain things. An example of this development would be logical reasoning and understanding in dealing with circumstances, whether that be physically, mentally, or emotionally and how that has affected your development. As the role of parents in moral development has become more known, there is a social domain theory analysis including morality as different from other social ideas. Throughout adolescence, nurture drives people’s moral foundations through parental interaction and experiences.

There are many factors that influence the role of parents in moral development. The main topic discussed in this article is the social domain theory analysis of the role of parents in moral development, which describes morality as distinct from other social concepts. Despite the fact that profound quality is built from equal social communications, both emotional and intellectual parts of parents’ interactions with their children may work with their moral development. One important aspect revealed by parents through this process is that they provide “specific feedback about the nature of children’s moral interactions and are proposed to provide a cognitive mechanism for facilitating moral development” (Smetana). Parents providing specific feedback is a very important aspect in the nature of children’s proper interconnections for our upbringing.

Parents are the foundation from which we learn and grow in our moral developments through our interactions and experiences. An example would be parents guiding and sharing their knowledge with us as we navigate the process of college. Similarly, moral development has caused parents to encourage moral understanding of children by imparting descriptions and practical reasoning about the kid’s social world, “which may stimulate the development of more mature moral thought” (Smetana). In our social world, moral development plays a role in how we reason our way through things and encourages parents to convey these descriptions and critical reasoning through their children’s lives. Further, the conversations we have with our parents may impact how we emotionally act towards them. This is revealed by how “the affective context of the relationship may influence children’s motivation to listen to and respond to parents (Smetana). Children may feel overlooked by their parents if they feel ignored or not understood, so they change their whole attitude towards them.

Moral development has played a significant role in forming our nuture through parental interactions and shaping the lives of many adolescents through personal experiences. The social domain theory analyzes morality as different from other social concepts. Throughout our youth, parental care drives individuals’ ethical establishments through parental association and encounters.