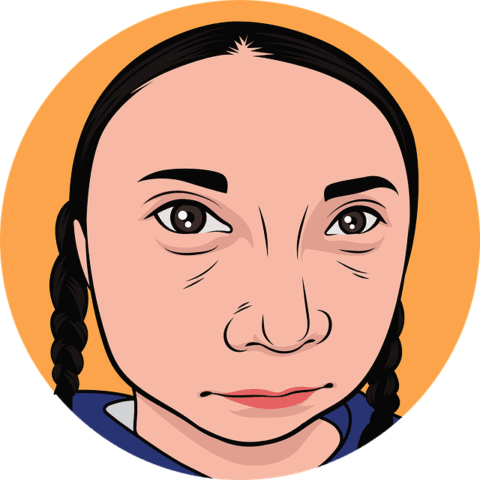 Greta Thunberg is a sixteen-year-old activist fighting for climate change. Recently, a few months ago, CNN released a video of her getting angry due to the fact that world leaders were not doing anything to make climate change occur at the UN General Assembly. Greta speaks her mind of how mass extinction is occurring due to global warming.  Greta came to resent Trump because of his mocking comment in his Twitter bio: “She seems like a very happy young girl looking forward to a bright and wonderful future. It’s so nice to see!” (Stracqualursi, 2019). https://www.cnn.com/2019/09/24/politics/trump-greta-thunberg-climate-change-trnd/index.html

Recently, Greta held and attended a press conference in Madrid, Spain to inspire talks on making a worldly difference. She is diligently working to fight for climate change through school strikes, whilst hundreds of other countries and school strikes are joining the fight for a good cause. But, even the school strikes nor countries’ protests have made much difference when it comes to government action because she believes the government is silencing her and other activists. Greta has aspirations that she can convince the government to take action through the COP25: “I sincerely hope COP25 will reach something concrete and increase awareness among people, and that world leaders and people in power grasp the urgency of the climate crisis because right now it does not seem that they are,” she said” (Harvey, 2019). https://www.theguardian.com/environment/2019/dec/06/greta-thunberg-says-school-strikes-have-achieved-nothing

Dear Aria,
I enjoyed reading what you had to say about Greta Thunberg and climate change through your post “Mission: Save Planet Earth with Greta Thunberg” because I got to understand more about why she is so concerned with climate change and how creating “Ecofeminism” can benefit more women trying to join this movement. One sentence that you wrote that stands out to me was ” Greta came to resent Trump because of his mocking comment in his Twitter bio: “She seems like a very happy young girl looking forward to a bright and wonderful future. It’s so nice to see!” I think this is important for people to know because it shows how not seriously our government is taking climate change because it is real. Thanks for your writing. I look forward to seeing what you write next, because this post was very informational and gave me a lot of insight regarding why Greta Thunberg is doing what she’s doing.
April Zamora