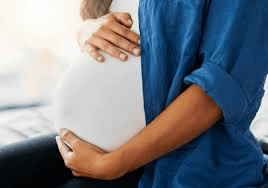 This past Tuesday (October 29, 2019) a federal judge blocked Alabama’s controversial abortion ban. According to an NBC NEWS report doctors would face a punishment of 10 years to life in prison who perform abortions, regardless if the abortion was due to rape or incest. The ban banned all forms of abortion from conception onward unless the mother’s life was at risk, or she miscarried. According to SLATE.com Louisiana, Mississippi, Georgia, Kentucky, Missouri and Ohio have some of the strictest abortion laws in the country. The problem that I have with the abortion laws that are being are that they completly take out the right of the woman to decide what she wants to do. She has no choice other than to give birth to a child that has a chance of growing up in poverty , addicted to drugs, sexually abused. According to Abort73.com 23% of women have abortions because they cant afford having a baby and provding for it. 25% of women have abortions simply because they are not ready for a baby . These two statistics if women do not have a choice means that there is a high chance that these children will grow up in poor and unhealthy environments just because a lawmaker who is probably male and financially not struggling decided for political purposes to take away the voice of a woman to decide what she thinks is best . If these lawmakers who are anti abortion believe in the sanctity of life and will quote scripture passsages to justify their stance , then they must also believe in the sanctity of life for those that are excuted. I believe that women should be able to use their voice to decide what it is what they want to do in regards to the child they carry .Lawmakers should be looking at ways to empower these women who are in these difficult situations and not take their voice away.

I thought you had a lot of good information to back up what you were saying and back up the points that you made, which were very educated points.