Misconceptions About Wolf Hunting and Trapping 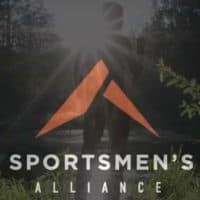 Montana legislators needs to quit worrying about creating laws that incorporate the hunting of wolves and trapping. They should continue to create laws that affect the people, and allow Montana Fish, Wildlife and Parks to worry about the animals and their safety. That is a major part of their job and one of the reasons why they got into that field.

The conclusion that has been made, is that those who are against trapping think that everyone does it in some sort of cruel and inhumane way. Those people also think that trapping is going to decimate the population of certain animals. In Warren Cornwall’s National Geographic article, he basically says that those who do trap only do it for sport, and for the money that is involved (Cornwall, 2014).

Those who are against wolf hunting think that wolves are innocent animals that are killed for no apparent reason, and have been a big help to there surrounding environment. The aspen groves and cottonwoods population has increased tremendously ever since the reintroduction of wolves in January of 1995. The killing of Spitfire, a famous Yellowstone National Park wolf, caused a huge uproar and angered many people throughout the United States. It even made the New York Times and Washington Post, which are two of the most popular papers throughout the United States. According to Lorraine Chow the death of Spitfire, has caused Yellowstone National Park to lose one of its most looked at attractions, which will cause the park to lose a little bit of money (Business Insider, 2018). That is probably why the legislation wants to make a bill limiting wolf hunting, because the park is part of the state, and if they’re losing money, legislation is losing money.

Outdoor enthusiasts agree with some of the things that those who are against wolf hunting and trapping have to say. One of the things that we agree with them on is that there are a select few people out there who do things inhumanely, cruel, and just for the heck of it. However, we’ll never be able to stop everyone who does that type of stuff — just like those who poach animals. It’s those select few people who give hunting and trapping a bad reputation, which then ruins it for the rest of us who do it correctly.

Through research, hunting and trapping have both played crucial roles in the management of certain animals. Montana Fish, Wildlife and Parks has created quotas for certain animals and when they are met, all hunting for that specie is done (Quota Status, 2018). A great example of this is mountain lion hunting. This could be a very effective way to manage the hunting of wolves, sense it’s worked so well for mountain lions. In the article, Ecological Role of Wolves, it states that “trapping has done an excellent job in sustaining a healthy balance animals” (The Ecological Role of Wolves, 2018). Without it certain animal group populations will go through the roof, and cause problems for other group of animals, which is what we don’t need.

To me and a lot of other people, hunting and trapping mean much more to us than they think. In the Northeast Association of Fish and Wildlife Agencies article, one of the biggest reasonings on why it means so much to us, is that it allows us to provide for our families, with a sense of urgency knowing that we were the ones who took the time out of our everyday lives to try and get something that’s not always the easiest to get. Along with that they also show us that we can be hardworking, self-sufficient, and able to do things on our own. For some it’s also part of tradition, in which they can continue to pass onto their kids. Finally, it makes us feel as if we’re part of our ancestors. Living off of the land, and making due with what’s provided (Northeast Association of Fish and Wildlife Agencies).

The information provided throughout the piece shows that Montana legislators needs to not worry about trapping and wolf hunting bills, and allow Montana Fish Wildlife and Parks to deal with the animals. With the number of people beginning to join the outdoor industry increasing, us outdoorsman need to find a better way to manage all species of animals. So generations to come can enjoy the same things we get to enjoy today.