Middle East: The Opression of its Women

Home Middle East: The Opression of its Women 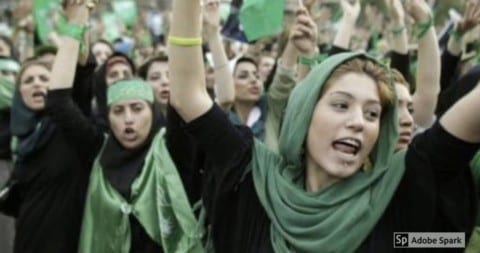 The issue that is discussed in the video is the oppression of women residing in the Middle East. I’m passionate about this issue because in western countries, such as America or the United Kingdom’s have made great strides changing age old laws to help women and have helped women achieve the same opportunities that men have. However, it’s infuriating to see that women aren’t treated as equals or even as human beings in Middle Eastern countries. That whole region is living in the dark ages. Many people usually ignore the serious injustices happening over in the Middle East, but it’s time to shine light on a problem that is only making small improvements.

I knew about many of the horrible laws women in the Middle East are subjected to by their government. Saudi Arabia is notorious for keeping their women chained up and more or less as property. By law, women in Saudi Arabia must wear a burqa and hijab outside, they must be accompanied by their husbands or male relatives when outside, they aren’t allowed to own property by themselves, they must have permission from their ex-husbands if they want to marry again, when divorced they have no ownership of their kids, etc. If any of this happened in America, riots would be happening everyday. After I did my research and made that video, I learned how the oppression of women came to be so severe in the Middle East. I learned about how politics were the reason that the Middle East is in the state it is in today. The research opened my eyes to the many ways women are starting to fight back against their oppressors and what change they’ve been able to obtain so far.