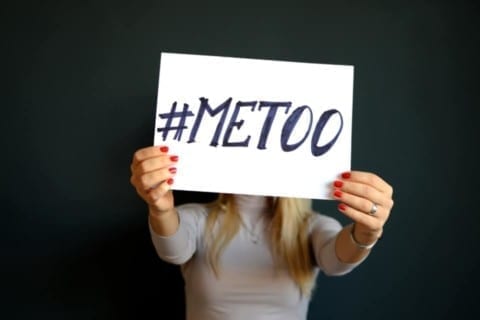 In recent months, sexual assault has become a great epidemic in our country. The biggest platform for this has been Hollywood. There have been numerous accounts in the last few months of Hollywood celebrities being involved in sexual assault cases for upwards of years. As one woman came forward to speak against her abuser, more and more were able to gain the confidence to come out of the shadows and reveal their stories as well–celebrities and the general public alike. This has prompted the emergence of the #MeToo campaign.

This campaign is meant to help women–and men–who have been victims of sexual assault at any point in their lifetime but felt they could not come forward with their story. The society of America today treats victims of sexual assault as the one responsible for the crime. Women are asked what they were wearing at the time of the attack or if they were under the influence of any substances. This has also prompted a campaign in the past called the No Means No campaign. This campaign attempted to bring attention to the public that despite a victims clothes or actions, when someone says NO it means NO.

Back to the #MeToo campaign, this has created a lasting affect on the internet and across television platforms. There have been peaceful protests and online media platforms to help people share their stories. This has done a great deal to help other victims of assault know that they aren’t alone.

Reagan,
I really liked your post and I am so glad you decided to write about it. I feel like so many people try to avoid this topic and act like sexual harassment isn’t a problem. This movement has really brought to light how severe of a problem it really is. I think the movement should open itself up more to men who have suffered from sexual abuse as well. I’m glad people are finally getting the justice that they deserve. Here is an article I think you would find interesting: http://time.com/time-person-of-the-year-2017-silence-breakers/

Reagan,
I’m glad you decided to bring awareness to this issue, sexual assault allegations are on the rise over the past few months and it has good and bad implications. It’s good because men and women are finding the courage to speak up against their assaulters and then bad because they are just allegations, most of them don’t even have proof that this person did this to this person. And what’s worse is that it is centered in Hollywood and if that person is targeted by an allegation, it doesn’t matter if the allegation is real or not. That person’s professional career is ruined because in the community spotlight, they have done it. And it’s all because that person wanted their 15 minutes of screentime. That is my opinion but I feel that most of the allegations are the latter.

Reagan,
I am glad you decided to talk about this topic. The #MeToo campaign has done so much for women who have felt like they have no voice and were ashamed to come out and say what has happened to them. Did you by chance watch the Golden Globes? They all dressed in black to support woman in the workforce and woman effected by sexual assault. I think this was a powerful movement to again grab the attention of the public and the people in Hollywood to say that this is not ok and has to stop.