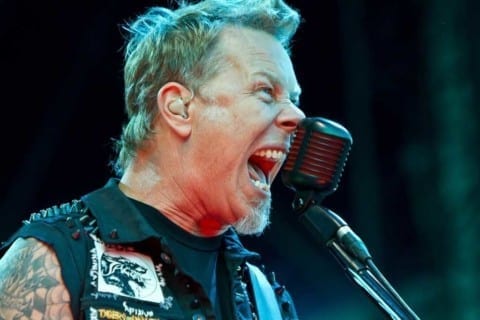 Heavy Metal. While most in modern day society view this genre of music as brash, vulgar, loud, politically biased… the list goes on. To sum it up, they view it negatively. But to avid listeners to the genre this style of music is complex, thought provoking, enlightening, beautiful, and healing. Most of all, healing. Most “Metalheads” listen to the genre because they can bond with what the song is about. People dealing with anger and depression can find solace and comfort in metal. It takes people’s minds off their troubles with its complex chords. Metal, in other words, heals.

The Stereotype for Metalheads are angry people that should be avoided. But recent studies show that Metal and those listening to that aren’t  prone to being violent and or the music they listen doesn’t  influence them into violent tendencies. In fact, it does the opposite.  “Leah Sharman from the University of Queensland’s School of Psychology is researching the impact of music on society. She said a study of 39 adults aged between 18 and 34 found they were inspired and calmer when they listened to heavy metal.” (Watson, ABC news)

“Heavy metal is more commonly associated with headbanging, satanism, moshpits and the decapitation of small mammals” (Guardian Music) these are common themes in Metal, which does lead to many people labeling it as “devil music”. But, for Metalheads dealing with anger and depression, “The music helped them explore the full gamut of emotion they felt, but also left them feeling more active and inspired,” reads the study from the University of Queensland’s School of Psychology. “Results showed levels of hostility, irritability and stress decreased after music was introduced, and the most significant change reported was the level of inspiration they felt.” (Guardian Music)

It is implied within the articles that Metalheads tackle their Problems and stress and anger more than normal people. They are more prone to explore it than to avoid bad situations like others. “In a September 2013 article for The Atlantic, Leah Sottile wrote about a separate study on music and emotions conducted at The Hebrew University of Jerusalem. The research showed “people who chose to be pissed off actually showed a greater sense of well-being overall than the people who avoided feelings of unpleasantness,” Sottile wrote.” (Visser)

In conclusion. Modern day society chooses to look down upon the Metalheads and stereotype them. There are arguments explaining how those who listen to Metal are Satanists. But those arguments have little to no evidence to support it. Metal heals, and The music and the themes within it attacks issues that other genres and artists are unwilling to speak up about. That’s why so many fans can bond with it.

Music, Guardian. “Listening to ‘Extreme’ Music Makes You Calmer, Not Angrier, According to Study.” The Guardian, Guardian News and Media, 22 June 2015,

Sean, I enjoyed reading your post because I feel the same way you do, not just about Metal, but all other subgenres of Rock. People see it as violent music, like you said or call it ¨music for emos¨ or for goths, not that there is anything wrong with them, but I feel like anyone could listen to it. I have always stuck with Rock music not only because I can relate to most songs, but also because they are very talented people that make art with their instruments and voices. I would like to hear more about your take on other types of music genres or even your favorite bands!

Sean,
I thought it was interesting when you quoted, “people who chose to be pissed off actually showed a greater sense of well-being overall than the people who avoided feelings of unpleasantness,” because I see how positive impact in letting that negative energy out. I was apart of the population that assumed that those who listened to heavy metal were angry people. On bad days when I’m not feeling too hot, I put on some heavy metal to get it all out. Until my personal experience, I would have stayed away from the head banging music but I urge people to give it a listen. Thanks for writing and I’m looking forward to hearing from you soon.

I find it very interesting how you take apart and show the effect a genre of music can have on the listener. I have heard many of the stereotypes you have talked about and have a new perspective on these thanks to this article.