Mercury and the Woodman: Sophie

Home Mercury and the Woodman: Sophie 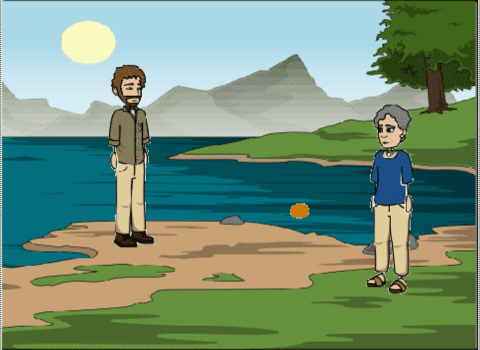 Recently, I made a fairy tale project in scratch and I would like to share it with you. In my project, I adapted the story of “Mercury and the Woodman” by an unknown author and renamed it “The Witch and the Poor Man.” In the story, a poor man goes looking for bread with one bronze coin. As he walks by a river, he accidentally drops his coin into it. A witch then shows up and tells him that she sees a gold, silver, and a bronze coin. In the original story, the poor man tells her the truth and says that the bronze one was his. The witch is impressed and gifts him an endless amount of coins. In the alternate ending, the poor man lies and says that the gold coin is his. The witch becomes very angry and gets rid of the bronze coin, leaving him with less than before. To create this animation, I searched up many fables and fairytales online until I was inspired. I then had to make a script and create a storyboard. Lastly, I created the animation on Scratch over the span of a week.

Link to script and storyboards: