Men’s Crisis Hotline to Save Lifes 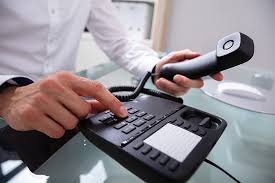 In the city of Bogotá, Columbia, there is a large concern over men’s mental health that may lead to violence against women. In the last year, an average of three women were abused every hour in the city and seventy-seven were murdered.

The threat against women, and to the men themselves facing these mental health issues, can be addressed by an emergency free hotline. The Calm Hotline aims to stop violence from the beginning with a two-pronged system.

When a caller first calls, four psychologists respond to provide immediate support. Then, another four psychologists lead eight weekly sessions about gender transformation that is specifically tailored to the individuals’ needs. The sessions focus on masculinity, teaching those attending alternatives to violence and leading them more towards expressing emotions.

This sort of hotline has been effective in the past, with a hotline in Barrancabermeja, Columbia, showing that the violence rate fell by forty-three percent.

However, it is difficult to prove whether or not the hotline was directly responsible for this decline without a proper study and the successful city has a smaller population than Bogotá.

This solution seems like a step in the right direction, but there is no guarantee that the people will take to it right away, women are being abused every hour, there is not much time to waste with this kind of thing.