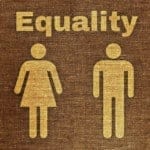 Why is the U.S so unfair these days?