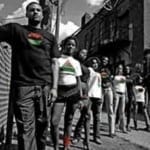 Product of Our Environment