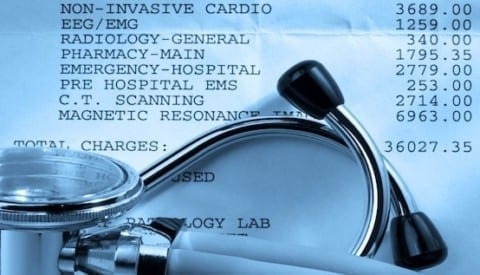 My name is Vanessa Ayala and I am currently a college student at California State University of Chico. I understand that you are a very busy person, but I have a concern I would like to address personally to you. I believe medical debt is an immense issue in the United States that needs to be managed or at least recognized. Medical bills are the number one reason why people delve into debt. Did you know that one in five Americans with health insurance also report problems of paying their medical bills? In 2014, 64 million Americans struggled to pay their medical debt. There are over 300 million people residing in the U.S today so 64 million and growing is a huge number of how many people are in debt. There are also people who are disregarding taking trips to the hospital if “it’s not that bad” just to save money. People are blind to see that it is a growing problem, one that should not be ignored, and I believe you have the power to alleviate this complication. The United States is one of the most advanced and diverse countries yet our people are struggling to pay off unnecessary debt due to emergency trips or even health check ups. The ridiculous amount of money that people are being charged for, even the most simplest thing as being checked upon, is a concern not only for me, but for you. My involvement is simply a voice for those who don’t dare to step up.

A reason I am passionate about this predicament is because I have a father who struggles to pay even to this day the debt he owes for my sister’s care. Around the year 2009 my older sister Carmen was living with an aunt of ours in Murfreesboro, Tennessee. One night she decided to go walking to my Tia Teresa’s restaurant which is located down the street and across an intersection. She was listening to her music and saw that there were no cars in sight so she decided to cross the street. Meanwhile there was a drunk driver speeding down the streets nearby. Whether he saw my sister or not, he didn’t stop, not even when he hit her, just kept driving. My sister was thrown quite a way and left to bleed. She was hospitalized for a while and was in critical condition. Other than all the cuts and bruises, my sister suffered internal bleeding, brain damage and the loss of a huge chunk of skin on her leg but the most important was that she was never the same. She had to get skin grafts to try to patch up her leg but it would never look the same. The pain I felt when I thought about possibly losing my sister will never leave me but I know it will never compare to how much she suffered, and how much she still does. My family had to deal with the pain of not knowing what was going to happen to her, but after a while of her recovering, money became an issue. Health insurance wasn’t even close enough in helping my family pay off how much they owe. My sister was in need, so why is it that so many people end up going into debt due to hospital visits that were truly necessary? Though not all visits are necessary, the health  and lives of the people are far more valuable than the money they have. It is sad to see that money can mean more than a person’s well being. I know that my family isn’t the only one out there that suffers from paying off medical debt from a critical time.

My sister’s story is what pushes me to go to college to become a nurse and help people along with my family. I want to live in a country where I can help people without them having to deal with the repercussions of owing a lot of money. I dream of living in a country where people won’t disregard getting medical help and I have confidence that you can make a change.

I am impressed by your post, “Medical Debt,” because you identified many specific moments that were going on with your sister. You describe what you guys had to do in order for your sister to recover from her accident and the medical bills you guys had. And why it is important to you to become a nurse and help people out in need. I feel like you will become an excellent nurse!

One sentence that stands out for me is: “There are also people who are disregarding taking trips to the hospital if “it’s not that bad” just to save money..” I think this is interesting because it is very true because people who don’t have the available money to cover hospital bills would prefer not going.