Media: What Is It Good For?

Home Media: What Is It Good For? 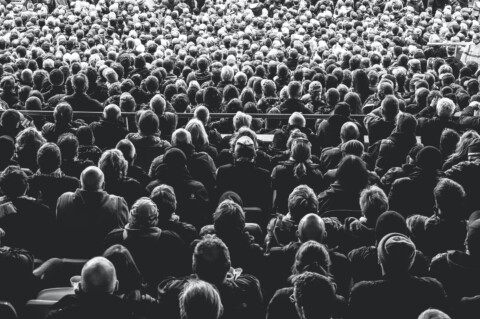 Media sets the narrative of the way we live our lives. During World War II, people idolized FDR and his fireside chats with radio as a primary source of information. A few decades later, there was the first televised presidential debate between JFK and Richard Nixon. In the past few years, social media has transformed the way government communicates with citizens and how we interpret political issues. Social media offers a more efficient way to receive information about events and important information however, with more sources of communication, the more polarizing this country has become.

In one article I read, the writer examines the “negativity bias” found in media coverage. News organizations feel the pressure to appeal to their audience while negative news coverage captures people’s attention more opposed to positive feed. In my mind, this follows the same logic as why people are fascinated with murder documentaries and soap operas. Trauma and life wretching events grabs people’s attention because we put more weight on the negative aspects of life than the positive. The article linked its argument to a study done by researchers at UCLA Irvine after the Boston Marathon bombings. The study surveyed a national sample of over 4,000 adults to give their initial stress response, their degree of exposure to the bombing, their level of exposure through media, and any previous exposure to traumatic events. The surprise in this research is that the people who witnessed the bombings or had a connection with someone who suffered from the bombings weren’t as likely to report high levels of stress. The study results show that people who were exposed to six or more hours per day of bombing-related media coverage were nine times more likely to report high levels of post-traumatic stress. This information shows how much power the media controls over our emotions and actions. The negativity bias is pushing conservatives further to the right and liberals to the left with fewer individuals in the middle finding common ground.

In another article, it examined more uplifting media coverage and information that bridges a sense of unity among the public rather than segregation. It used YouTube sensation, Kid President, as an example of inspiring media content. Kid President was a YouTube child star who rose to fame from 2012-2016, who is known for his widely streamed video, “A Pep Talk from Kid President to You.” The study used affirmative action as a strong influence to promote minorities to more positions of power.

In another article I read, a New York Times columnist, Ross Douthat expresses the argument that media creates a better image for the more popular candidate while not giving information to the voters that would be more useful to them.

In the 2012 presidential election, Barack Obama was up for reelection against a Republican candidate, Mitt Romney. At the time, I was quite young and didn’t spend much time thinking about politics but I would try to listen to my parents talk about the election. I had a preconceived bias for Obama since my parents voted for him and my first ideas about political issues in this country were associated with his ideals. All candidates are human, therefore they have strengths and flaws. This is important when looking for information about recent political events. People cannot rely on every news organization to be politically neutral so they need to search for a large variety of sources to grasp different perspectives. Media should be serving the public with valuable information over current events, however, we the people, are serving the media by appealing to their political agenda.