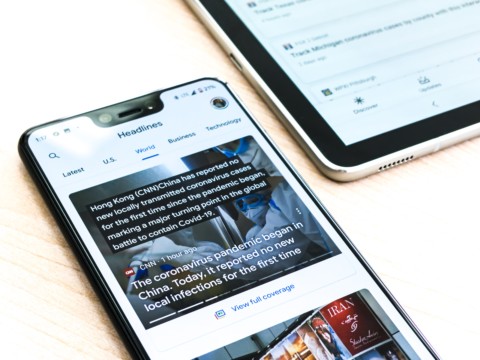 The media has a significant amount of influence on our values and opinions on certain issues and topics. As the media has grown into more sources of communication, the more polarizing the country has become. News coverage has become a competition on who can gain more public attention and appeal to grow their political agenda and power as a news organization.

In an article I’ve read, the author writes about a study done about the significance of news coverage after large-scale political and social events. The author focuses on a study done by the University of California, Irvine on the Boston Bombings in 2013. They surveyed a national sample of over 4,000 adults to give their initial stress response, their degree of exposure to the bombing, their level of exposure through media, and any previous exposure to traumatic events.

The surprise in this research is that the people who witnessed the bombings or had a connection with someone who suffered from the bombings weren’t as likely to report high levels of stress. The results from the study show that people that were exposed to six or more hours per day of bombing-related media coverage were nine times more likely to report high levels of post-traumatic stress. When people surround themselves with unlimited news coverage, they can lose their sense of identity and ability to process their emotions appropriately.

This article also dives into how public opinion has shaped how news is reported. There is a “negativity bias” when reporting about news events to capture the audience’s attention. As human beings, the negatives usually seem to outweigh the positives as we are almost trying to find the significant hardships of our lives. The article was supported by a study conducted in the Netherlands that showed ties with news coverage and people’s expectations.

The study showed how citizen’s negative perceptions of the country’s economy would prevent them from investing with a false mindset of the real situation. News coverage would paint an image of an economy in decline, rather than focusing on current economic events. This occurs on a broad scale where news organizations can frame certain stories or information to trigger the reader’s emotions and anxieties.

For example, in another study, scientists presented participants with news stories with the same information about political instability or terrorist organizations, however, they were phrased differently. When “Al-Qaeda and associated radical Islamic groups” are called “Domestic rebel separatist groups” it receives a much different reaction from the reader. I’m not minimalizing the damage, destruction, and suffering terrorist groups such as Al Qaeda have enacted, however, there has also been harm when we generalize all Islamic people and groups based on the framework of news coverage.

News coverage such as this increases polarization across our own country when we start generalizing ethnicities and religions based on stereotypes such as viewing all Islamic people as terrorists. This abundance of news coverage gives us many opportunities in search of knowledge and insight into the world around us. We have an almost unlimited amount of information at our fingertips, however, we must learn to find a balance between what we see in reality and this reality news coverage projects upon ourselves.

Miles, I really enjoyed your post. I think it’s interesting how you brought the concepts of social media’s influence and news influence together. I agree with you that the news can have a mental impact on the public whether directly influenced or not. It’s crazy how something made to prevent stress by keeping people in-the-loop has done the opposite.