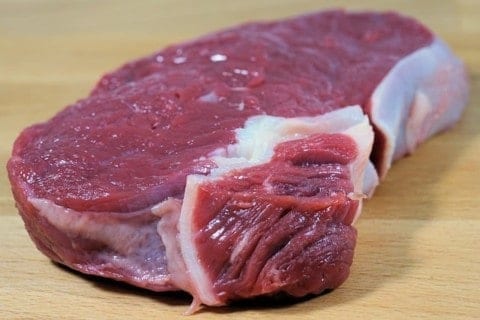 When people look at the meat they are about to eat, they don’t often think about where it came from. “Factory farming now accounts for more than 99 percent of all farmed animals raised and slaughtered in the United States.” That being said, factory farming may be one of the worst things to hit earth. Not only is it the number one contributor to greenhouse gasses but it is inhuman and extremely unsanitary.

These animals are living in filthy prisons hidden from the public’s eye. Genetically deformed animals pumped full of antibiotics are crammed together living on top of their feces, urine, and dead brothers and sisters building viruses and diseases. Their captures show no mercy and will literally torture them. They are slaughtered by machines that routinely don’t get the job done and leave the poor pig, cow, chicken, or turkey seriously injured with a prolonged excruciating death.

Why does this happen? Americans want cheap meat. At what point does our desire for something that tastes good out way the extreme negatives that come with it.

I appreciate you bringing up this topic for discussion. I think a big issue is that people don’t put together that the “food” on their plate comes from an intelligent and living being. I know I didn’t before I stopped eating meat. Factory farming is absolutely horrible, and I think the majority of people still believe that livestock is raised on open fields where they can roam freely. That’s just not the case anymore. Not only is meat detrimental to our planet, but it’s the topic killer in our nation as well.

I personally am a big fan of meat. But, you are right. Cattle and animals are treated poorly in response to higher demand for meat products along with a growing population. Hopefully there will be better methods of farming for meat in the future.

Youre right. Greenhouse gases are garbage! I really like meat but wish there was a better way to get it. Thanks for the info