Mass Shootings are Too Common

Home Mass Shootings are Too Common 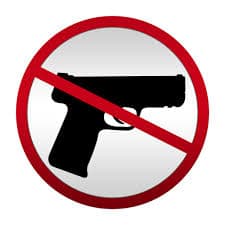 Compare this to the 2 mass shootings in Australia/China/Finland or the 3 in Canada between 2000-2014 (Herring, Keely, and Louis Jacobsin. “Is Barack Obama Correct That Mass Killings Don’t Happen in Other Countries?” @politifact. Politifact, 22 June 2015. Web. 18 Sept. 2016.)

The massive differences between these numbers show that something must be and can be done. A major part of the vast difference in these numbers can be accorded to the far stricter gun control laws in those countries. To lower the amount of mass shootings we should increase gun control, such as making it harder to obtain a gun due to stricter background checks and mandatory waiting periods.

The sheer frequency of mass shootings have dulled us to the shock we should be feeling when hearing about a mass shooting. Mass shootings will keep happening unless something is changed to stop it.