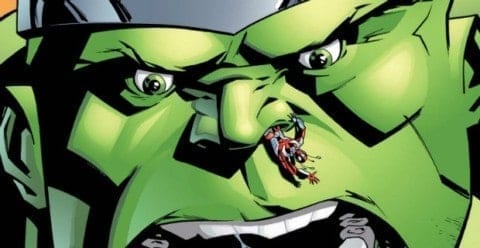 How has Marvel become the greatest player in the superhero industry?

Every young boy had his favorite superhero.  Whether it was Iron Man, Captain America, The Thing, Daredevil,  Ant Man, Wolverine, Spider-man, or the Hulk, everyone had their go-to superhero that they had to be every time they went outside for recess.  More often than not, that character originated from a Marvel comic book.  Marvel today is the biggest player in the superhero game.  Through their successful movies, comic books, and video games, Marvel has nearly monopolized the industry. But how?

The two biggest names in comic books have always been DC and Marvel.  But how has Marvel passed DC in the rat race and become the biggest player?  How has Marvel over the years developed such iconic characters.  Since their beginning in 1939, how has Marvel continued to gain followers as younger generations become less and less attentive?

Hello Joseph. I like what you’ve proposed here. I never thought about this. I am also curious as to what makes Marvel so popular. It seems that they are more than just you’re next comic book. Good luck.

You raise a lot of good questions here and bring up some good points. Personally, as far as Marvel goes, my favorite superhero is Iron Man… mainly because of Tony Stark’s billionaire lifestyle. This is going to be a really interesting paper to read about how Marvel gained these successes and became a dominant force in the world of comics and cinema. I am also interested to see if you compare DC’s rise to the stage and how they will effect it.

Hey Joe, loved the post. As a semi-big superhero fan I’m really interested in this topic. One question i have is, will you be comparing Marvel and DC or just focusing on marvel. Also, do you prefer marvel over DC or vice versa. I would love to read your paper once you’re finished!