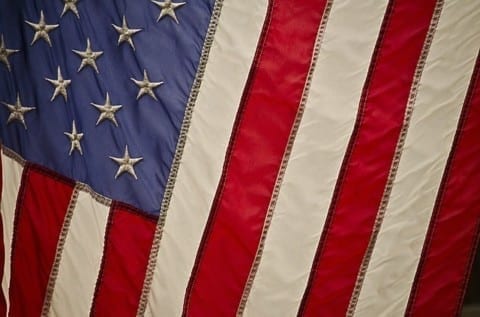 I really enjoyed reading your post about “Immigrants create a better community”! I can relate to the things you said in your first paragraph because where I grew up my schools were very diverse. You made a lot of great points about communities increasing their language capacity also how immigrants allow there to be more diversity and a lot of different people with their own stories. I really liked this one quote: Sreedhar writes, “Thanks to immigrants, America is able to increase its language capacity. Diversity of cultures also fosters diversity of thinking and overall tolerance, especially because immigrants mesh their cultural practices with American customs”(Sreedhar). Where I grew up there was always a huge diverse community and as i’ve grown up it just continued to grow and I would say it benefited me at the end of the day.

Let me first start out by saying that I really appreciate you having the courage to discuss such a difficult topic. I think you make some excellent points throughout your argument, and I particularly enjoyed the section that discussed the cultural assets that immigrants bring to the United States. Diversity exposes us to new perspectives and traditions that only serve to benefit our lives and make us more empathetic. I also enjoyed your section on the economic benefits of immigration, but I would encourage you to find statistics that support your claims. While I agree with your arguments, someone who may not agree with you will find it unconvincing unless there is evidence to back up your claims. Some topics you can consider researching are how much money immigrants pay in taxes in each year, what sorts of jobs immigrants take and why those jobs are important to the American economy. Once again I would like to thank you for discussing such an important topic. It is students like you who are going to make a positive impact on this world. Keep exploring the world around you and never stop asking questions!

Thank you so much for reading my blog. The Part of your comment that stood out to me was “it was super interesting and it was very clear as well”. A question I have for you is what was your favorite part of my blog? Look forward to back!

I liked reading your blog because it was super interesting and it was very clear as well to what you want to change or bring awareness to. I like the quote you used in the beginning because it tells us what what it’s going to be about. I really liked the strong interviews you had and the pieces of evidence that you had because it made your argument very strong. I think your work is strong and keep doing good.

Dear Marleni,
I like the fact that you added 2 interview and your own perspective on what you think what will be better for oakland like bringing culture back. I want to say good job for completing your blog it talks about good topic and it seem that you put a lot of work on it. I agree with your main point that immigrant just come to america to have a better future.

First of Marleni I want to say good job on completing your Blog. Good job on your interviews you asked very good questions ad got good answers to make your blog stronger. Also I like when you said, “Many people assume the worst of immigrants just because they move from one country to another” because it’s very true immigrants are stereotyped and face stigma due to the fact that they’re moving to a different country to have a better future for themselves and their family. Continue to work hard you been doing good.

I like how you used 2 interviews and 2 sources to show that Immigrants create a better future with more diversity in the communities, bringing culture in Oakland, and having more ways to have a good life. BUT you should’ve talk more about your argument to expand your thinking and have more reasons why Immigrants show more opportunities!

I agree with the first quote started “I think they’re great, they are what keep Oakland from turning into a “white- washed” community. Immigrants bring the culture to Oakland”. I agree with this because without immigrants it wouldn’t be the same. One sentence that stands out to me is how you said “Immigration allows there to be more opportunities for Americans, they get a chance to interact with more people who come from different countries and who speak different languages.” because its VERY TRUE people can meet new people and not be use to the same people. Thanks for your writing. I look forward to seeing what you write next because your work is very amazing.