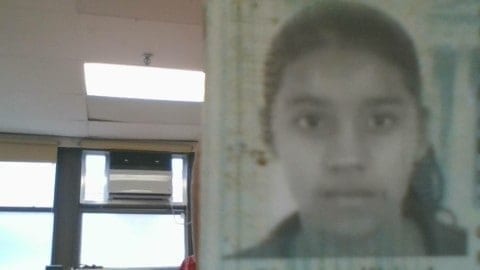 Born on June 18, 2000, Wenifer was born and raised in the Dominican Republic, nice caramel skin, long black hair, and nice brown eyes. .She arrived in New York in July of 2010, when the biggest changes of her life happened, from language to the country to the new difference on the way the weather was. People and their interests were also different.

Wenifer is from the Bronx, of Hispanic descent. Spanish was her first language so one of the most important thing to her at the time of arrival was to learn English and be able to adapt to the new language, weather, and learn to travel alone. A big turning point that occurred in her life was moving with her mom for the first time. She was happy and relieved she was home. Another good thing was that god set up with the nicest teacher. Because of her Wenifer started to learn the language and catch up a little faster with work and her new hobbies. She took her lunch time to teach her, test her, and spend as much time with her to not allow her to feel down or outcast or go into the next grade without even knowing her ABCs. That’s how she got to high school knowing because she made sure to get Wenifer on the way, even if it was just giving her books to learn by herself. Being the oldest of three, having her siblings look up to her motivated her even more. She was failing in school, piled up with work, was told she was graduating late if she kept going the way she was. So she decided to leave, change her ways and start again at pulse in September 2018.

Fast forward to 2019: Wenifer is still in high school with different interests and still graduating earlier than planned. She is working on bettering herself and her new skills , she’s gotten really into her craft. Ever since she was little she knew she was destined for greatness. Slowly but surely she has molded her craft now doing makeup and beauty. One of her biggest goals is to own her own cosmetic store. She acts destined to be bigger and a better person every day. She is an example of an honest, caring , loving person who always is herself’. This is a quote she has always loved and lived by: “Don’t you dare to shrink your self or surround your self around people who are not aware of the greatness you are and underestimate how you are able to have the juice and a glass to pour it .” (Blackwell Preston)