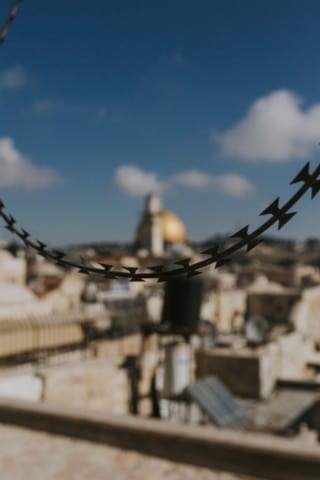 The article “Is peace possible anymore?” talks about America trying to bring peace back which is involving actions made by president Trump. Trump with this is getting America closer to the Arab-israel conflict moving the embassy from Tel Aviv to Jerusalem when it was recognized as Israel’s capital. Some Israelis as well as Americans agreed to the terms and the outcomes predicted for this peace plan but as in every situation not everyone has the same thoughts about this, where this situation might come affective to Israel and Palestians causing a conflict between them.

There have always been wars of who is going to keep what part or all of certain land which is what happened with Israel and other religious groups or countries and Israel most of the time took over faster and with stronger boundaries.

In some or mostly all the conflicts came related to the Palestinians when Israel wanted to take control over territory in which Palestinians lived but in the West Bank even if it is controlled by Israel but is known as the heart of any future Palestinian state. This kind of conflict and American presidents trying to resolve this conflict making Trump the 13th in the list where this plan has been rejected by many, at this moment they hope that a deal will make a difference in the decision of this place making a plan but if not right now they will keep trying.

I consider that this peace making plan can be great and a good idea to help the countries in not being rivals and forgetting past conflicts. If they had each other and helped each other it would make things easier and prevent from many other conflicts. There was always a conflict between these two but there should be hope like the American presidents had on making a difference and bringing peace with them.

Do you think they are making a big deal with this conflict?