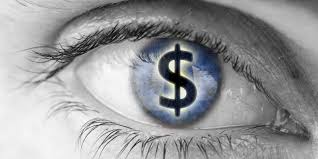 Are people’s economic states begining to determine their view of their self worth?

People throughout the world have a variety of differing characteristics that contribute to the way they live. One of those characteristics is their economic state. Due to the free market, everyone ranges from broke to the top one percent. And money determines almost everything we do: where we go to school, where we live, what may consume our time, etc. Since it controls so much of our lives every single day, there is a high chance that people may let it decide their self worth. This is unfortunate, because our focus shouldn’t be on our belongings, but that’s what it has come to be in our world.

Since the start of civilization, there has been a hierarchy wherein the leaders are the most respected, at the top of the chain, and at the bottom are those who have been relegated to working for everyone else. There has always been a reverence toward people with more material goods and patronization to those who have less. A large part of it may be the fact that those with money have a higher social standing and therefore more power. However, over time the lines have been blended between self-worth and net worth. At least in this society, social status propels self-esteem, and that is falsely inflating the egos of economic superpowers who lack an important characteristic such as generosity. It is also destructive to those who are not as affluent and blame themselves for it. This kind of judgement is toxic for any society, and it is a large part of our world. In Social Class and Self-Esteem Among Children and Adults the following was found from a study done by sociologists in Maryland: “The individual compares his own group or position with that of other people. No where is this more apparent than with reference to social class.The very meaning of social class is founded on the idea of inequality-of superior and inferior, higher or lower, better or worse. Since social class involves the vertical ordering of members of society along a prestige continuum, it is inherently comparative and invidious.” This gives a lot of evidence to that idea that has existed since the start of time: asserting dominance based upon social standing. But in this day and age, that has become dependent upon economic state, which is an inaccurate way to determine who somebody is. It is a problem that people are so concerned with where they stand economically in comparison to others, instead of personal traits that are more determinant of character.

There are other places where amount of money is just an afterthought, and not because there is so much of it circulating. There are many societies that have existed wherein material goods are not a focus, but rather the people around them. Obviously, economic state is a concern when people depend on it for a roof over their heads and food on their plates, but once the basic needs are met, it just becomes some sort of competition of self-worth among people who clearly have it good. There are others who consistently live below the poverty line (defined here, in the U.S) who have their primary focus not on getting more money, but being around their friends and family. King Jigme Khesar Namgyel Wangchuck of Bhutan first coined the term ‘Gross National Happiness’, and declared it more important than ‘Gross Domestic Product’, something that pretty much measures a nation’s success. I believe that more people need to begin to adopt that frame of mind that happiness ranks higher than earnings. Here is a brief description of GNH and the significance it holds: “The objectives of Bhutan, and the Buddhist understandings of happiness, are much broader than those that are referred to as ‘happiness’ in the Western literature. Under the title of happiness in GNH comes a range of domains of human well-being including traditional areas of social concern such as living standards, health, and education, while some are less traditional, such as time use, psychological well-being, culture, community vitality, and environmental diversity.” We are not here to make money; we are here to live.

As stated, it is obvious that money is vital to fulfilling everyday needs. However, is extends much further than that and becomes an issue that eats away at the confidence of some and falsely excuses the behavior of others. The economy should not dictate as much as it does in our lives. Yes, the free market is a good system, but people cannot be so dependent upon their affluence for reassurance. Again, the meaning of life is not to be the most wealthy person; the goal is to live your life.

Sophia,
I thought your idea was very interesting, especially the part where you explain how many people determine self worth based on belongings. Yet we need money to afford the basics, but people define basics different ways. Some people would say money and friendship are not related, nor is there a choice between the two, but I agree with your idea that it is difficult to differentiate between them. I found this article interesting https://www.financialsamurai.com/making-money-is-easier-than-building-relationships/ because it describes that more and more people are choosing to work more to make more money because it is easier to make money to satisfy yourself than to make friends. People are choosing the easy way out because they believe that making money is going to fulfill them just as much as making friends but it seems that you disagree with this point. Thanks for writing about such an interesting topic that helps us understand why society is changing today. I hope to hear about your opinion of the article I linked in a future post.
Sincerely,
Chloe

I can definitely understand why you would pick money over friends, when you have opportunities to make money you don’t want fake friends getting in the way of it. Though that’s true It’s the connections that you have with people that can give you the best opportunities and make life worth while. Sometimes you have to put your self out there in order to get what you want, but pick and choose the people that you work with and get an understanding of the difference between work and friendship.

Your post of personal value and value through your economical state is cohesive and speaks on the problem better than most. Money is important but a life full of people you love and the time you spend with them is worth more. It is often said that the annual salary where happiness and money meet is 70,000 dollars and past that doesn’t bring people anymore emotional stability. What stands out most in your post is “Since it controls so much of our lives every single day, there is a high chance that people may let it decide their self worth.”. Materialistic people never really seem happier than those that have strong connections with others .

Througout ypur post the most interesting part I have found would be when you said, “money determines almost everything we do, such as paying for school,work,etc”
I can realte to that because school charges for almost everything and