Makeup is for everyone…

Home Makeup is for everyone… 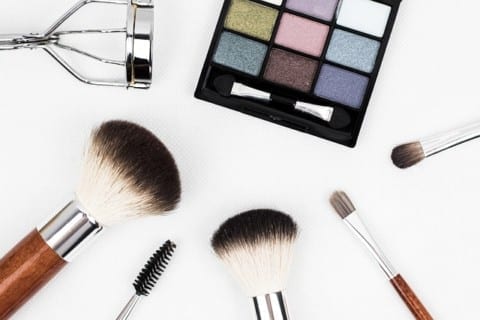 In today’s world having colored hair or wearing makeup is a concerning topic, because we live in a world that is filled with all types of people and ideas. Social media has been able to open up this world in which anyone can do makeup or anybody can dye their hair any color, wearing a shirt with revealing  message, makeup are things that are seen in today’s world, although it is seen many people see it as “non traditional” and “weird”

In school’s systems is a way different story, many students get sent home for wearing short or even having a certain hairstyle, schools have been stopping students from being able to be themselves for the image of the school. In an article I read in the findlaw website a piece I read spark some type of feeling.“Clothing as a primary means for expressing ideas for students is as primitive as clothing itself, yet schools across the country often grapple with where to enforce strict dress” Schools tend to find ways to restrict students from what to wear to the color of your hair, to what you apply on your face.

My personal experience happened when I was in 8th grade, girls at that age were starting to figure out what makeup was, they started wearing mascara, eyeshadow, eyeliner and many school staff did not approve unless a certain teacher gave them lessons on how to apply makeup. Most of the girls were just experiencing how to apply it on there on because it was part of their identity. I remember being in our pinning ceremony and having to go take my mascara off because I was terrified to get in trouble. The schools restriction to such things have brought anxiety to myself and many students that are currently going through all these restrictions at schools.

Now let’s talk about the makeup setting, now a days anyone can wear makeup, boys girls, older people young people everyone! The makeup industry has blown up in recent years, The idea of makeup is for everyone to express themselves how they want by wearing the colors and the patterns that they want and need. Makeup restrictions have been happening in schools, work areas and such, but what many don’t know is how powerful makeup could be.” A school district in Pearland, Texas, is taking a closer look at its dress code policy after a male student was given in-school suspension for wearing makeup in class, prompting an online petition.” Many students don’t believe it was fair for these students to be discriminated in such way, the school had to look over the image of the school and how the students were reacting to this issue within the school.

Makeup policies varies depending on the school if it is a charter school or if it is a public school, but why does makeup matter so much to these schools you may ask… Well “If anyone says wearing makeup to school is “distracting,” they clearly don’t know what they’re talking about.” many schools find the creative minds of others as distracting to others but in reality many people that do makeup don’t do it to be distracting but to express their skills to others and for themselves most importantly. Some students feel the need to do makeup because of insecurities but some just do it for fun, the fact that other people see it as a distraction while others see it as a way to show expression that many may not be able to express with words.

In today’s world we have our negative outcomes but we also have our positive outcomes, but as time passes we realize that everything we do is going to cause some sort of feeling so in order to continue life the way we want we have to keep embracing and defending what you believe is right.

I really enjoyed reading this piece that you wrote. I was attracted to your article because it was a topic that is so ordinary and relevant, yet so unique compared to anything that I have read before. I agree with what you have to say about make up and self expression in the school setting. I found it sad that the school in Texas gave the suspension to the male student wearing makeup. This is so important because the times are changing and make up is for everyone. It’s made to be worn by anyone as a form of expression. I related to your article because I recently dyed my hair and I was so concerned that my school would not approve of it, even though it was something that I had wanted to do for a long time. I think you should continue to research this topic. If you did you should look deeper into why the schools have such strict dress policies and maybe even why certain genders are more heavily targeted with a dress code… you can check out this article link if you want more information ( https://www.edweek.org/ew/articles/2018/09/05/do-school-dress-codes-discrimate-against-girls.html ). I hope that you keep diving into this topic and I can’t wait to see more of you work soon!

I love your opinion on makeup. There’s several people, including boys and girls, that still seem pretty ignorant on this topic. I personally think that we should be able to do whatever we want on our bodies because we’re not here to please anyone else but ourselves.

I found it interesting that a school in Texas gave an in school suspension to a student for wearing makeup. I’m glad that many people found it ridiculous and decided to do something about it. I thought this was really great and i really liked how you talked about your own experiences with your school and their makeup rules.