The Makeup of One Beautiful Composition

Home The Makeup of One Beautiful Composition 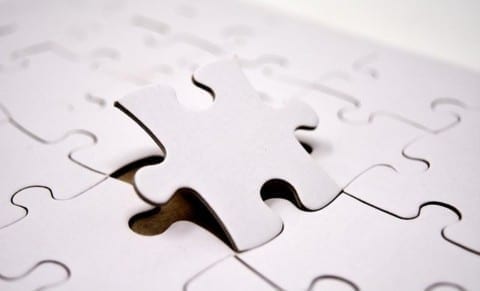 Since I started remember society is not fair even though they make us believed it.I think is important to know what happen in our society how people are treated differently. The main idea of the three stories Everyday Use, The Lesson and How To Dates ...would make a good set for further study because they have many similarities. But the main idea that captivate my attention is all of the stories the characters are people of color whom faced a lot of struggles and they life is very miserable. They characters have a lack of knowledge of the world and they are traditional. All of the stories talked about family and how what is the relationship they share in the story.

Everyday Use one of the protagonist is very shine and she did not belive her self because she was burned and think she is less beautiful her sister.  The differences characters are sister and they are not closed because Maggie think they are different.

The same as in the story How To Date…. In this Story also the main character is spanish who did not have confidence on his self he thing he can date a girl so he asked an advise from someone. This story really taught me about different girls based on their race.  Therefore it’s helped a lot of teneger to know how they should be with girl and what they should do. The differences the narrator used his advised to put the kid in trouble by telling him how he should beharved with his girls friend.

For the Lesson they were about to give up about their future and their teacher took them to the beautiful city to show them what they will gain if they worked hard and take seriously their education and also what they would lose. She is really generous because trying to help black kids.  Therefore the most unfavorite people is the black community.  So this mostly due to the racial and the privilege of white people.  The differences the characters did not have a chance to have a better education and used inappropriate words to express them self.

The main point here is that three stories is that all of them talked about struggles about the characters and uneducated they are very traditional.

Dear FATOUMATA :
I am angry about, your letter, “The Makeup of One Beautiful Composition,” because any child in this world has to go to school. School is made to educate kids, to prepare them for the future. And if today there is a child who doesn’t go the first person to ask why are his/her parents.
One sentence you wrote that stands out for me is: “In this Story also the main character is Spanish who did not have confidence in his self.” I think this is the real cause of the failure of some people. Sometimes people can have some ideas about making their life better. For example, opening their own business. This is caused by the people who live around him. These people don’t give him the courage to fight for themselves.
Another sentence that I was: “she was burned and think she is less beautiful her sister.” This stood out for me because today the boy thinks that a good girl is the one that is beautiful. But no it is all false. They forget that they need to find those who have a good heart. Yeas she has to be beautiful but, they can not bring a demon in their house.
Thanks for your writing. I look forward to seeing what you write next.

Dear Fatoumata
I am choosing an adjective to show my interest in your story. “The Makeup of One Beautiful Composition” because I like the way you use the theme to demonstrate the differences and similarities between the three and to explain what issues those writers try to convey to ther readers. One line that stands out for me is “are people of color who face a lot of struggles and their life is very miserable.” I think this line is captivating because it catches my attention how black people face a lot of problems in society. Also, their life is very unhappy and sorrowful. Another line that stands out for me is, “it’s helped a lot of teneger to know how they should be with girls and what they should do ” I think this line is compelling because it makes me think about youny people all over the world. Also, people have to respect each other without any disregard. Thanks for your Story I look forward to seeing what you make next. Since I would like to see the different types of stories in other situations that people don’t consider it. Then using some of the strategies elements that we can feel it more. And those can of things will bring me back to see other creations you made.