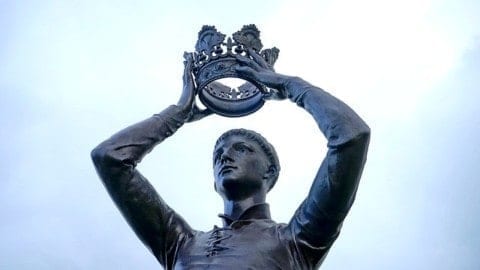 The passage I chose was Act 1 Scene 3 Lines 143-164, and it was the soliloquy he had after hearing the witches prophecies and being named thane of cawdor. This scene is basically about how after the battle between Scotland and Norway, Macbeth and Banquo hear the witches prophecies and then Macbeth gets named Thane Of Cawdor meaning the prophecies are becoming true which then leads on to Macbeth planning on killing Duncan. But I chose this passage because it was easier and i understand Macbeth and what hes trying to say and what’s going on.

In this passage, Macbeth is the only one talking because he is saying his soliloquy. He’s all by himself, he is speaking his most inner thoughts out loud because he plans on doing something to make the other prophecies for himself true. Macbeth is at his place speaking to himself. It is daytime and duncan has just named Macbeth Thane of Cawdor since the other one was a traitor. I guess the Central Conflict of the story is Macbeth’s ego/desire gets the best of him and he wants to become king because as said in the prophecies. And i guess its not shown because lady macbeth would be a part of it as seen further in the play.

For this scene, if I were directing this play, I would  most likely film in an abandoned large school that old, and film Macbeth talking to himself with a little fog coming in and a lil sunlight to make it look like a spotlight and make it more dramatic. And i’ll have him look crazy and act crazy and walk around as if he is talking to someone else. I would direct it like this because in movies it gives a scary and mysterious and dramatic affect because it shows they’re talking to themselves and how its a solo act/scene.

A theme that is illustrated by this scene is Death and Possibly dreams. It shows the theme death because he thinks about killing Duncan for a good deal. It shows how his death has meaning which means that Macbeth prophecy can come true which means he will become king. But this also illustrates Dream because he is deciding and thinking of Duncan’s murder. and he imagine it in his head and how it makes him feel.

If you directed the play, it would be good the way you described it. It would fit the scene almost perfectly