Macbeth: A Tale of Guilt

Home Macbeth: A Tale of Guilt 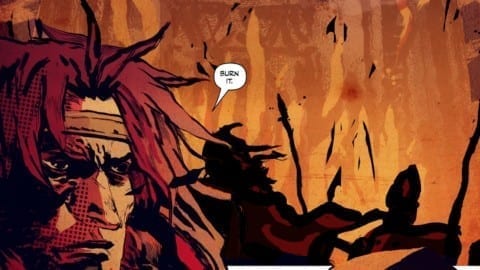 For my monologue project, I selected lines from one of the most insightful scenes (in my opinion), from Shakespeare’s play; Macbeth. I chose to learn act 3, scene 2, lines 41-63 as my monologue; since I think it is one of the most revealing monologues regarding the emotional state of the protagonist.

The monologue consists of the main character, Macbeth; speaking to his wife about what is troubling him. This monologue is strictly between Macbeth and Lady Macbeth- since they were speaking in private. The monologue takes place in the Macbeth residence, where after killing the king (Duncan), Macbeth begins to feel uneasy. The main conflict in this scene would most likely be the impact of giult- upon an unstable mind. I say this because after killing the king, Macbeth starts to feel guilty for what he has done- further damaging his mental health as time goes on (which, over time, builds up to be a main conflict in the story of Macbeth).

The character speaking in this scene (Macbeth) is quite a dynamic character. This is because after murdering King Duncan, Macbeth becomes mentally unstable, and paranoid of fate- seemingly contradictory to his previous state of mind. In the monologue, words like “bloody” hand, as well as the word choice in the sentence “good things of day begin to droop and drowse” reflect the murder that Macbeth commited- ridding the kingdom of a peaceful and good authoritarian figure, only to be replaced with himself. The words “O, full of scorpions is my mind” represents the feeling of guilt that Macbeth is experiencing after committing the crime- contributing to his overall decline in mental stability.

If it was up to me to stage this scene, I would most likely make the actors playing Macbeth and Lady Macbeth stand in a darkly-lit place in order to set the mood of an enclosed space (representing Macbeth’s feelings of guilt closing in on him, after he realizes that what he has done was wrong). I would also perhaps add some props to the scene, for Macbeth to perhaps drop or throw against the ground in order to show his declining mental state after killing Duncan. If I was to direct the actors, then I would most likely encourage Macbeth to be a bit dramatic, and give off a feeling of being unhinged in an effort to make his character believable.

In this monologue, Shakespeare used certain poetic elements to enhance the emotion being portrayed in the scene. The main theme in this scene would be the impact of guilt (as  mentioned before); and the use of poetic elements really enforces the impact of Macbeth’s emotions. For example, Shakespeare used iambic pentameter as a feature in his writing to provide a rhythm to his lines, as well as create depth in certain parts of the dialogue.

All in all, the monologue in act 3, scene 2; is a prime example of an effective piece of Shakespearian writing that develops its characters, gives them depth, and makes the story establish themes that readers can connect to as well as understand on a deeper level.

Dear Katarina
I am intrigued by your analysis and recording, Macbeth: A Tale of Guilt,” because I interpreted this scene differently. I saw this scene as Macbeth proving that he is a man. When Macbeth says “Be innocent of knowledge”, I thought that Macbeth was telling LM to not worry that he (Macbeth) has everything under control, and that she (LM) doesn’t need to know his plan. I did not notice that Macbeth was in an unstable position, maybe he is just showing that on the outside but you saw his true emotions that he isn’t showing. That is why I find your analysis very interesting because it is from a different perspective than mine.
One sentence you wrote that stands out for me is: “for Macbeth to perhaps drop or throw against the ground in order to show his declining mental state after killing Duncan.” I think this is original because in the versions we watched I do not remember anyone directing this scene using this method. At first I wouldn’t have thought that this action would match the scene but after reading your analysis I realized that during this scene Macbeth is “unhinged” as you said.
Another sentence that I awakened by was: ““good things of day begin to droop and drowse” reflect the murder that Macbeth commited- ridding the kingdom of a peaceful and good authoritarian figure, only to be replaced with himself” This stood out for me because I didn’t realize that is what that line meant, and I agree with you. From what it said about Duncan in the play it seems that he is a kind and loyal kind, and during his reign Scotland prospered. But after Macbeth killed Duncan it all started to go downhill.
Have you seen the musical Something Rotten? https://www.rottenbroadway.com/. I thought you might be interested in this because the Broadway Musical is a comedy that combines Shakespeare, and the present. Two brothers struggle to find success in the theatrical world, but they meet someone that shows them the future of what will happen in theater, and they decide to create a show. This part is most likely related to the witches from Macbeth, and it doesn’t just use Macbeth, the show includes ideas from a wide variety of Shakespeare’s plays. The comedy follows the brothers journey to create a 20th century show while also including Shakespeare. It is a hilarious show and I recommend that if you have time to go and see it.
Thanks for your writing. I look forward to seeing what you write next because your interpretations opened my eyes, and helped me to see a bigger picture. And I expect that your future writing will do the same.

Nicely done, love the analysis. You go into such great depth about guilt and internal thoughts of Macbeth. Macbeth is such a great example of remorse and the fear of karma that the actions he take to protect himself are show us more about his mindset and the inner workings of his psyche.