Lowering College Tuition: Letters to the Next President

Home Lowering College Tuition: Letters to the Next President 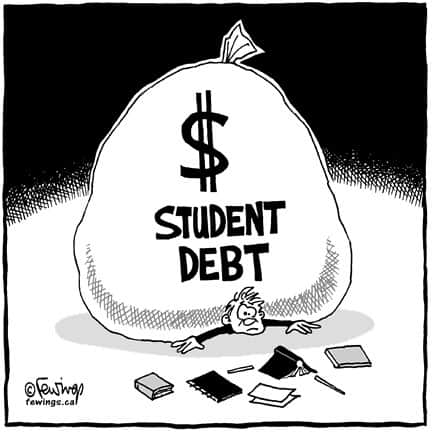 Lowering college tuition is a controversial topic, that I believe, the next president should hear all of the benefits government action could have on. College is an important part of most people’s lives that allows them to further their education and get higher paying jobs. Despite these benefits, the tuition for most colleges is extremely expensive and is rising. It has been raised “1,122 percent since 1978” (Ellison). In fact, the cost of college is rising faster than the rate of inflation. I believe that college tuition should be lowered in order to make college available to every citizen of the United States. Lowering the cost of college by government funding or by making public free college can achieve this goal and prevent financial issues for people after college too.

In the United States, many people are not able to go to college because of a lack of money. Low-income families do not have the same opportunity, for this education, as other higher-income families do. People who go to college tend to have a higher quality of living than those who do not because of all of the job opportunities that college opens up for them. I believe that this quality of life should be available to everyone despite the economic status of their family. If the government funded our college education, even if they only lowered the tuition instead of making it completely free, it could help so many people to get these job opportunities.

Even if they can go to college, a lot of people end up with huge amounts of debt in student loans. This debt is an immense burden for those people later in life. It can prevent them from doing so many things such as buying a car, buying a house, even paying bills especially the people who come from low income families and cannot get help from their relatives such as helping them pay their loans, pay for their housing, etc. Student loans take years to pay off and are just another unnecessary cost people here need to deal with. Government funding going towards college loans and education would decrease the amount of people in debt.

By setting aside money for the education of the American people after high school, the government would be helping millions of students learn what they need to know for jobs they want in life without needing to worry about how they are going to pay for it. The funding could be a relief to those who have to stress about their financial issues and could also help their future.

Hey Buddy!
It is your secret writing pal! ~Emily 😉
I like the topics of your pieces….Important stuff.
I hope you have a great weekend! :)))))))
-Emily Rick

Xochitl, nice job. I agree that college costs should be lowered. This inflation of tuition causes more loans, and as the loans accumulate, the nation loses more money from loaning out money, causing a significant decrease in our budget. This decrease from our revenue causes us to obtain loans from other countries, increasing our debt. America definitely needs reform in this section.

Xochitl,I totally agree that college should be made cheaper. I think it benefits the nation as a whole if we have higher educated citizens and people who are not trying to pay off their student loans for the rest of their lives. It’s so ridiculous how much the cost of college has increased and as someone who is going to college soon it really scares me that I might not be able to afford the schools I want.