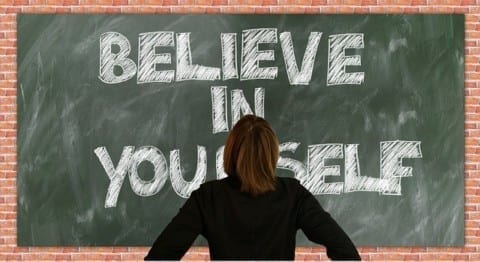 In oakland we have had an issue for a awhile now. That problem is the difference between the poverty line is the low class are the people that is making $30,000 in a year for the high class is making $100,000 per year. The difference in money creates a difference in power in Oakland.  In Oakland, there is a difference in housing accessibility because sometimes  poorer people do not have the money to pay for their house so they have to move out of their home and other people who  make more money can move in and pay these rents.  Also, the  difference can cause health problems.

Firstly, there is a difference in housing and how they live. The difference ways that makes life changes is by making the taxes lower. There are the two people I interviewed Ying and Joe. They said that Oakland has changed a lot because people are building more houses and raising the taxes.  Also they said in Oakland, people talk about different races and power. They said that in the white places there are all rich and have enough money to pay the taxes and the places they live in are safe. In the Black places people think that they are poor and don’t have money to pay the taxes and it not safe to live there (Yang). An article says something similar. It states,.“Max Weber’s term life chances describes the extent to which persons within a particular layer of stratification have access to important scarce resources (clothing, food, shelter, education, health care) (So people in lower classes do not have the same life chances as people in upper classes). Resources are anything valued in society, ranging from money and property to medical care and education; scare because unequal distribution among social categories” (SOCIOLOGY 100 • Survey of General Sociology). This quote says that if a person has so much money and they own big house a nice car and use the best phone, your life it going to be good but lets said that you  live in Oakland and you do not have make that much  of money and you do not have a car and use a ok phone but you do not have a big house and you can not pay the taxes just because the rich people want to race the taxes to make more money.   People is affected by where they live because the place that the poor people are living in are bad unsafe and endangered also small house and this can affecting their health and there is always a shooting  next to they houses.  The rich people do not  have to go  through all of that. They live in a big house and has good food safe neighbors there is not a lot of shooting case close to their house. An other quotes that shows that “Not everyone has a fair go at living a long, healthy and prosperous life. People at the bottom of the social hierarchy tend to have worse health than those in the middle, who in turn have poorer health than those at the top”(Sharon Friel). this quote talks about  that based on your class level you can live in a healthier community also not all the people has the some health care like the people on top and not everyone can live that long as the people that live on the top.   Some people that is poor still live a long time then the rich people and  sometimes the poor people can  have a better life than the rich people. “I’ve been rich and I’ve been poor. I know both sides very well. Growing up poor, I knew that I wanted to be rich. I came a long way and studied the subject all of my life. Over time, I have discovered that if you’re not living in prosperity, you’re living in poverty”( Ally ). This quote says that  Ally also Ally is a business expert and writer. He said he been poor and rich he said he knows how it feel like being poor. What I think is that it no difference between a low class and a high class. We are all human but some people were born rich and some people was born poor  but if  you work for what you want it you are going to can be successful like some of the rich people in the world also even tho you were growing up in the poor side it wont changes anything but you just have to make right choices.

“Inequities in wealth and income are one of the biggest social, economic and political challenges of our time. It’s important to address these inequities for three key reasons.” this is a credible source because it helpful that we know what we can change and what we can do about it.

Hi Xin!
I was very interesting in reading this piece of writing. I completely agree with how today’s economic system is in favor of the upper class. In America’s economy especially, there is a shrinking of the middle class, with more and more people falling into the lower class, and barely anyone in the upper class. I agree that we are all born equally, and should be treated as such. I read this article that I think you might like to take a look at: https://www.dailykos.com/stories/2014/9/30/1332869/-America-s-Urban-Facelift-Some-Thoughts-On-Gentrification-In-The-21st-Century

Dear Xin,
I really like your paragraph because I agree with you when you say that it is not fair that the lower class people get payed less than the higher class people. Something that I really like about your paragraph is when you said ” People is affected by where they live because the place that the poor people are living in are bad unsafe and endangered also small house and this can affecting their health and there is always a shooting next to they houses”. I really like this part because it’s true that there is a higher chance that lower class people can get endangered.
Sincerely,
Kimberly