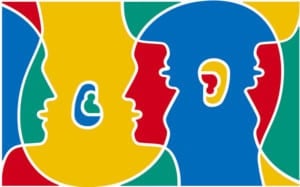 A lot of kids in ESL are Spanish-speakers and learning English, but there are other kinds of ESL students too.  My name is Marilyn Justino and even though I was born here in Brooklyn, I’m in ESL.  Not everybody immigrated.  For me, when I was younger the only language I spoke was spanish. but while I was getting older I was surrounded by my family and others that would speak english. so I got used to speaking english and forgot all my spanish. Now in general it’s hard for me because my grandparents speak spanish and a little bit of english. So when they speak to me I can barely understand them. They always say to me “Marilyn you got to learn spanish” I try and speak spanish but not 100%. The language I care about more is english because that way I can understand people more when they speak english instead of spanish.  It’s frustrating to lose that in my culture.