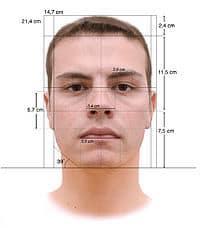 Many of us would consider ourselves to be quite unlike a serial killer, for good reason. However, there is something anatomically different about serial killers that actually separates them from the rest of us. According to Professor Koenigs and Professor Newman , “ there is less communication between a certain area (ventromedial) from the prefrontal cortex, which is responsible for emotions and amygdala (located in the emotional brain), which controls levels of fear and anxiety.” The normal brain connects our emotions with our responses of fear and anxiety. This normally stops us from doing things that will triggers these responses. However, serial killers don’t have as strong of a reaction to this which means that they are able to do more without triggering the responses.

From a criminological point of view, there are also specific anatomical features that criminal  tend to have. According to Lombroso’s Theory, “ that criminals can be identified on anthropological profile or anatomical abnormalities, such as stigmata, cranial or anatomical asymmetry, flat nose, prominent jaw, large ears, decreased sensitive to pain, plus other physiological abnormalities, constitutional or psychological.” He is arguing that people can be “born criminal” and that those people are going to be born with the specific physical features.

This is not to say that if you, or anyone you know, has these features that they can be automatically assumed to be a criminals. These features include having a broad forehead, prominent cheekbones, prominent bone structure (specifically in the face), and short, thick fingers.

While Lombroso’s Theory is not often supported by Western scientists, other criminologists have also noticed that suspects and criminals do often physically match the profile described above. While this could just be profiling or a coincidence, it is worth studying further to see if a connection is actually there. Lombroso was, in fact, right about the intense psychological differences that make us able to identify a criminal.

I think that the connection to physical feature might be a slight stretch, but I the mental aspects are very interesting. I would like to read more about how they discovered this.

This is a very interesting theory. I do think that the physical traits can be damning and at risk for being connected to racial bias. However, I would be very interested to see if there are any connections between these brain differences and common personality disorders such as psychopathy, sociopathy, and narcissistic personality disorder. Also, there is a phenomenon called the MacDonald Triad that may be interesting in connection to this.

I personally disagree that physical characteristics mean someone is going to be a serial killer. I do believe that the psychological aspect of this topic is valid. However, people are not born serial killers. I think there are many factors that can lead someone to doing that. Something i would like to see is Lombroso’s research, like how he studied this and where and who he studied. This article talks about his theory and may help you if haven’t seen it already. https://criminal-justice.iresearchnet.com/criminology/theories/biological-theories-of-crime/9/