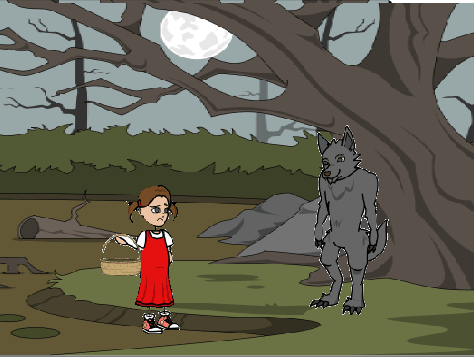 Welcome to my animation! I made an animated version of Little Red Riding Hood with a twist. In my animation you can make a decision which will change the ending, It’s a way to explore different versions of this classic fairy tale.

To make this animation, I first had to learn how to create an interactive animation. After that was learned I had to research different fairy tales to see which one I would like to write about. I created a draft of the basic idea of what will happen. Then I created a script which included the two decisions.

Here’s a link to my script: https://docs.google.com/document/d/1b9W3SBJ-Ji8pxN17q8DEHvueNpnTUCXUw2tzRfXJryg/edit?usp=sharing

After creating a script I made storyboards to plan out my project using StoryBoardThat. Here I was able to show the emotions of my story using the characters given.  I was able to use the characters in the storyboard in my animation. While making my animation I divided the work among the time that I was given. i was very pleased with the results since I was new to Scratch. I was able to change the story in a way that still got the same message out. It was a new experience to represent myself within an animation.

Here are my storyboards and a screenshot of my programming: 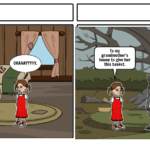 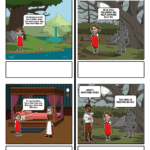 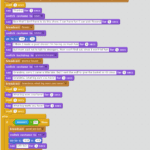