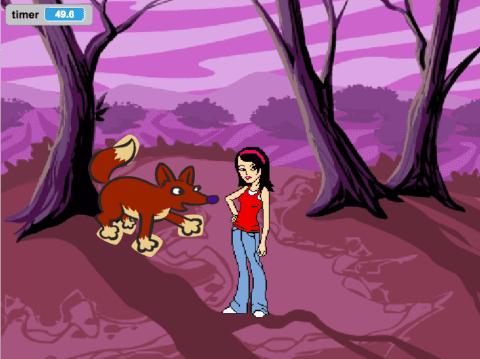 In the original story of Little Red Riding Hood by Charles Perrault, a young girl visits her ill grandmother and brings some cakes and a little pot of butter. Along the way, a wolf notices her and wants to know where she is going so that he is able to eat her. Little Red Riding Hood talks to the stranger and tells him where she is going. This leads to her grandmother as well as her being eaten by the wolf. In my alternate ending of the story, Red Riding Hood ignores the wolf knowing that she shouldn’t talk to strangers. The wolf still follows her and manages to eat her grandmother but she is quick and clever enough to realize that the wolf had taken her grandmother’s place and so she goes nearby to a woodcutter who helps her kill the wolf.

This animation took a lot of time to create. First, I had to choose a story that had a good story with a moral decision. After that, I wrote a script separating the parts of the story as Act I and Act II. Act I was before the moral decision and Act II was after the moral decision. Act IIA was the original ending to the story while Act IIB was the alternate ending which I created. Here is the link to my script. 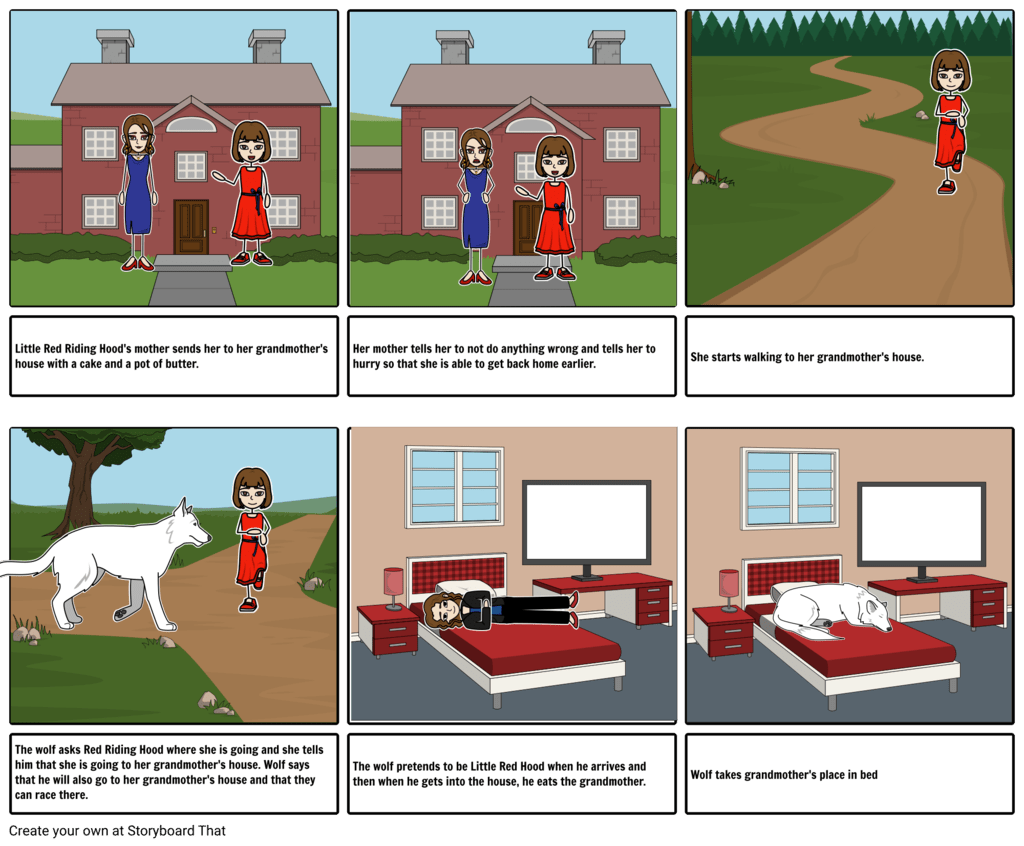